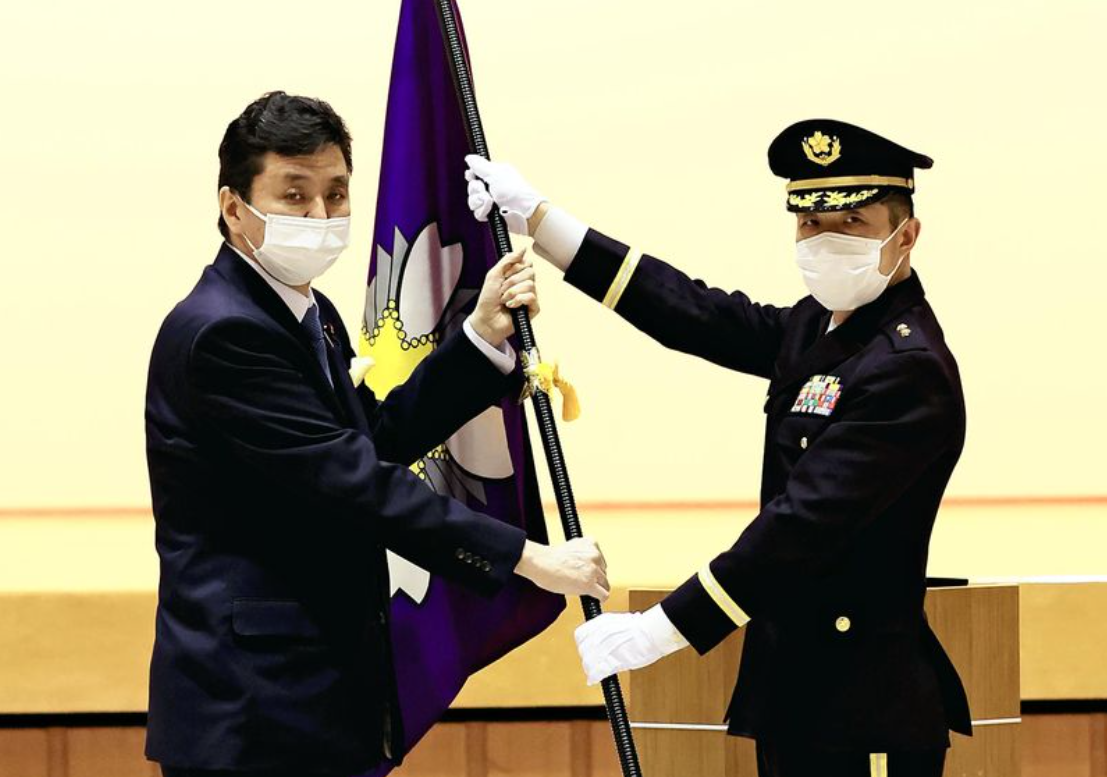 The Defense Ministry has launched a cyber defense command by reorganizing related units of the Ground, Maritime and Air Self-Defense Forces. The move is aimed at strengthening its ability to cope with rapidly growing cyber threats from China, North Korea and Russia.

However, there are many issues to be tackled, such as legal restrictions hampering an immediate counterattack.

Another issue is that protection of critical infrastructure such as electric power facilities is not expected to be part of the command’s mission.

Referring to the threat of increasingly sophisticated cyber-attacks, Defense Minister Nobuo Kishi stressed in his speech at the inauguration ceremony that the military command is an important pillar of strengthening capabilities in the field of cybersecurity.

The 540-strong command, which was launched on Thursday, is tasked with protecting the information and communications network that controls the operations of all SDF units.

With the SDF’s chains of command connected via a common network, a senior SDF official said the reason for launching the unit is that if a cyber-attack by an enemy were to penetrate the network, the entire SDF would be severely damaged and unable to use its capabilities in combat.

Of the 540 personnel in the command, 450 will deal with defense against cyber-attacks, an increase of 160 compared to the former structure. Still, this is a small fraction of the corresponding manpower assigned by other countries.

China’s cyber warfare units are 175,000 strong, including about 30,000 personnel for cyber-attacks. Also, North Korea’s cyber units are about 6,800 strong.

The current National Defense Program Guidelines stipulate that the SDF has the capability to prevent cyber-attacks by enemies, but legal restrictions make it difficult to hack into servers that are believed to be operated by attackers.

Japan’s self-defense-only policy has also become a barrier, as the policy allows the SDF to counterattack only after a defense operation order is given.

After the invasion by Russia, Ukraine was exposed to cyber-attacks with effects such as altering websites of government agencies and temporarily halting the functions of financial institutions. In the United States, the Cyber Command defends critical infrastructure even in peacetime, but the SDF command can’t do that.