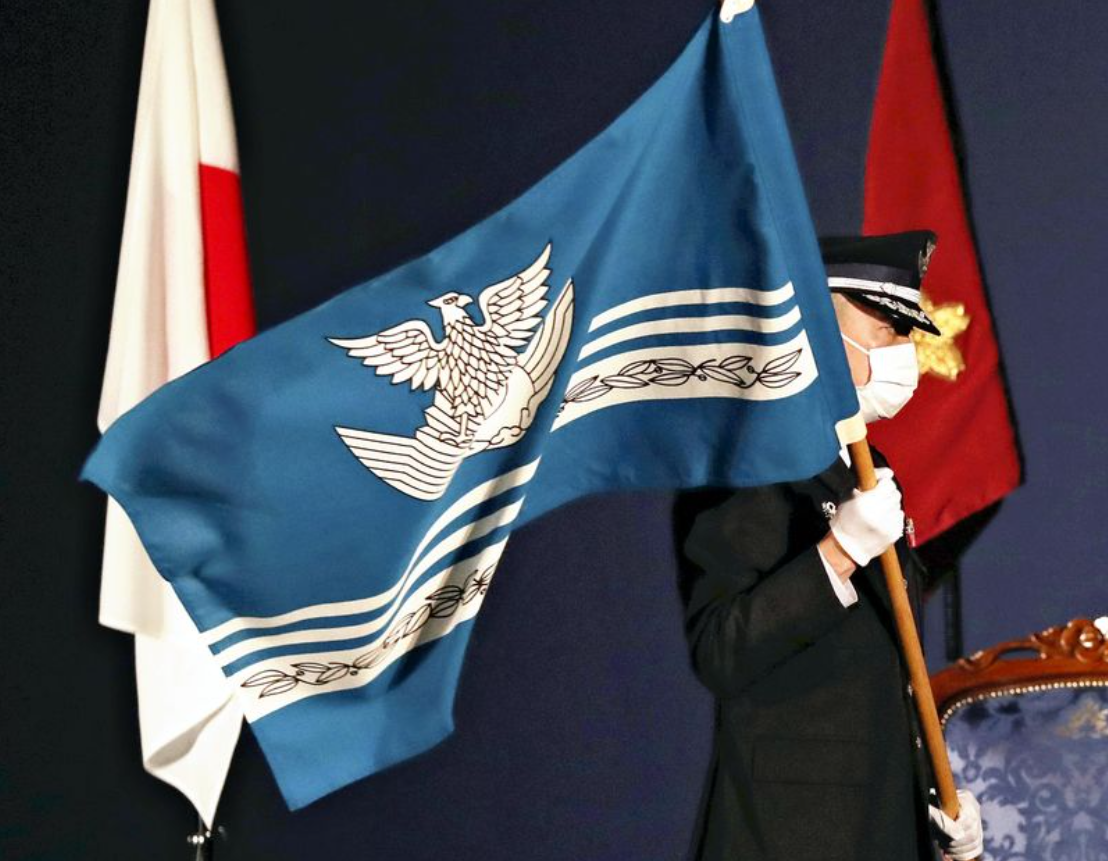 The Yomiuri Shimbun / The official flag of the space operations unit is seen Friday in Fuchu, Tokyo.

A new space operations unit of the Air Self-Defense Force has been established to monitor space debris and foreign satellites, among other operations.

The Defense Ministry held a unit flag presentation ceremony at the ASDF Fuchu Air Base in Tokyo on Friday. At the ceremony, Makoto Oniki, state defense minister, said, “It is important to ensure Japan’s advantage in outer space and other fields, not only the land, sea and air.” He handed the official flag of the unit to Col. Kazuki Tamai, commander of the unit.

The unit was launched Thursday, staffed with about 70 personnel from groups including the Space Operations Squadron that was launched in May 2020 and a new unit tasked with commanding the SDF’s outer space operations.

Their main mission is space situational awareness (SSA), which means keeping track of space debris and other countries’ satellites.

The unit will monitor those objects by operating a ground-based radar that is currently under construction in Yamaguchi Prefecture and a satellite that is aimed to be launched by fiscal 2026. Next fiscal year, a new group will be created to monitor the jamming of Japanese satellites and the staff for the unit will be increased to about 120 personnel. Additionally, the unit will share information with U.S. forces and the Japan Aerospace Exploration Agency (JAXA).

According to the Defense Ministry, other countries have recently placed a number of spy and other satellites in outer space to monitor enemy military installations and movements of military units, and more and more countries are also developing killer satellites that can attack military satellites.

After the handover ceremony, Tamai said at a press conference, “We will make efforts to improve our abilities in outer space so as to contribute to the stable use of outer space.”