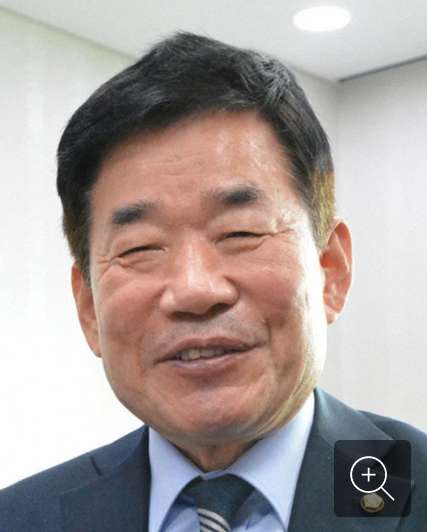 By Kim Jin-pyo, chairman of the Korea-Japan parliamentarians’ association

The Yoon government will seek a neo-liberal small government that emphasizes a market economy and deregulation. On the other hand, the current ruling Democratic Party of Korea (DPK) puts more emphasis on the involvement of the government. The DPK particularly thinks that the government should get more involved in promoting renewable energy sources to address climate change and the reinforcement of the country’s competitiveness in the telecommunications area. The latest presidential race also highlighted various types of “bipolarization” in the society, including a generational confrontation, income disparities, and the tendency of supporting opposite candidates among men and women in their 20s.

The DPK holds the majority of seats in the parliament and [Yoon’s] People Power Party (PPP) is a “small opposition party.” Yoon must discuss with the DPK the roles that the government has to play in seeking harmony and compromise.

Regarding the Japan-ROK relationship, the South Korean Supreme Court ordered a Japanese company to compensate former requisitioned workers in 2018. Now a procedure is underway to compensate the plaintiffs by using the assets in South Korea held by the Japanese company which lost the case. In South Korea, the executive, legislative and judicial powers are completely separate, so it is impossible for the government to intervene in the Supreme Court’s authority. Of course, President Moon cannot exert influence.

The only possible solution in South Korea is to create a law in the parliament. In 2019, then National Assembly Speaker Moon Hee-sang submitted a bill to the parliament to settle the issue by creating a fund based on voluntary contributions from South Korean and Japanese companies to compensate former requisitioned workers. There is no choice [for South Korea] but to seek a legislative solution that complements the plan.

But there are two obstacles. One is the strong “anti-Japanese” sentiment in the ROK, and the strong “anti-Korean” sentiment in Japan. Amid this situation, a legislative solution poses a great political burden. The other is the Japanese government’s attitude. This attitude is that South Korea should solve the issue of the Supreme Court ruling on its own, saying it is a domestic issue and requires solution as a precondition for negotiations. Japan also fueled anti-Japanese sentiment in South Korea by imposing tighter export restrictions on South Korean semiconductor materials.

The golden age of the bilateral relationship was when the Japan-South Korea Joint Declaration was issued by then-President Kim Dae-jung and then-Prime Minister Obuchi Keizo in 1998. Japan must sincerely face history by revisiting the spirit of the declaration, which is based on the “remorse and apology” for the colonial rule and the development of a future-oriented relationship. And South Korea must seek a legislative solution. South Korea will have unified local elections in June and Japan will have an Upper House election in July. In the run-up to the elections, Japan-ROK issues will become politically difficult to deal with as they easily stir up public opinion in the two countries. But after that period, the two countries will have no election for the time being. That makes it all the more important for them to make efforts to mitigate the “anti-Japanese” and “anti-South Korean” sentiments until the end of the elections.

Japan and South Korea are geographically close, have a long historical and cultural relationship, and share the basic values of democracy and market economy. They have been bashing each other based on a short-sighted view despite the fact that cooperation can create a win-win situation. Politicians in both countries should not inflame the hostility but must make decisions by looking toward the future and sometimes conducting the “extensive politics” of public persuasion.