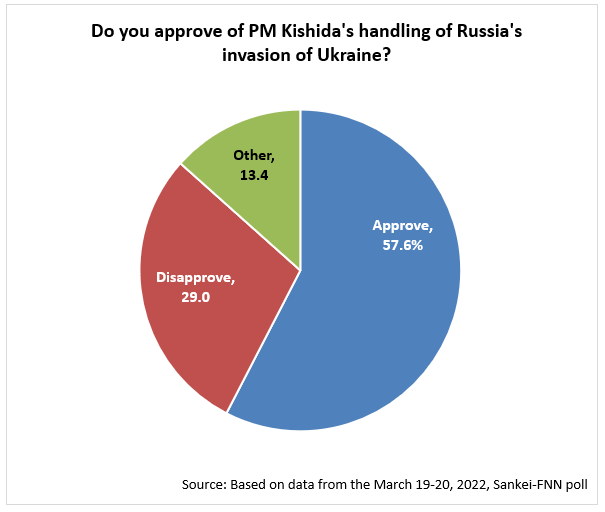 According to the nationwide public opinion poll jointly conducted by Sankei Shimbun and Fuji News Network (FNN) on March 19–20, a total of 57.6% of respondents approve of Prime Minister Kishida Fumio’s handling of the Russian invasion of Ukraine, easily exceeding the 29.0% of respondents who said they disapprove. Not only did Liberal Democratic Party (LDP) and Komeito supporters approve of the Prime Minister’s response to the crisis, but the majority of the supporters of the main opposition party and independents did as well. 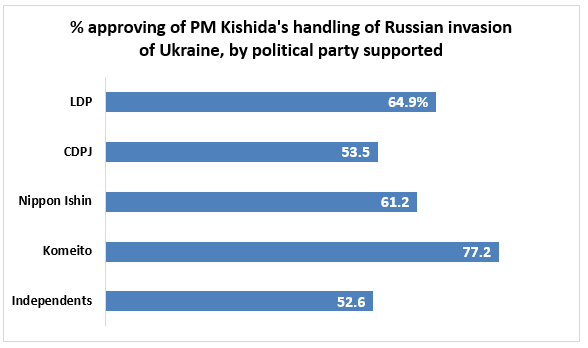