Okinawa as No. 1 in female CEO ratio: lessons for the rest of Japan 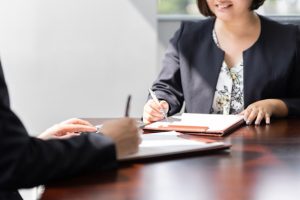 In Japan, where only eight out of a hundred company presidents are women, it will take 360 years for the number of female CEOs to catch up to the number of male ones if the ratio continues to increase at the current pace of 0.1% a year. In Okinawa, however, the situation isn’t quite as bleak, with women accounting for a nation high 11.4% of all CEOs in 2021, according to Teikoku Databank. Tokushima (11.3%) and Aomori (10.9%) were second and third. Asahi (3/8) wrote that the small southern prefecture may offer lessons in how to achieve gender equality in boardrooms across Japan.

Okinawa Girls’ Square (https://www.okinawa-girls-square.com/), a private organization that supports women entrepreneurs, is housed in cottage with pink roof in a mango orchard in the town of Yaesecho in the southern part of the main island of Okinawa. Fuchigami Sayaka, 34, who has been studying entrepreneurship at the school since last October, plans to open a small patisserie in the spring. She first thought about opening a café ten years ago, after she gave birth to her son and while she was working at a call center. She is a single mother, and the only place she felt comfortable at the time was in a café. Five years ago she began working at a café near her house, and last year she signed up for the course at Okinawa Girls’ Square after coming across it on social media. The students come from all walks of life. Through the school’s workshops Fujigami learned all she needed to know about running a business—from developing the store concept to obtaining funding. She decided to first open a small patisserie, with the goal of owning her own café one day.

In Japan it’s more difficult for women than men to borrow money from financial institutions since their careers can be interrupted by marriage or childbirth. In addition, since they tend to think outside the box when setting up new companies, they often have a tough time gaining the understanding of traditional lenders. Iwabuchi Yuko of Okinawa Girls’ Square recommends crowdfunding to raise money. She says starting a business is not as hard as you might think. “You just need an opportunity to challenge yourself,” she says. 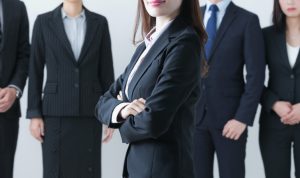 Teikoku Databank’s statistics also show that among the female CEOs in Okinawa, 47.5% founded their own companies. This percentage is 12 points above the national average. Judging from the fact that in FY2020 Okinawa led the nation in the ratio of start-ups to all new businesses, at 8.55%, it’s apparently easier to start a new business there than in other parts of the country. Okinawa also had the highest percentage of individual business owners whose companies are not incorporated at 69.25%. Asahi wrote in a separate article (1/15) that the Okinawa government is making moves to support startups through activities such as holding business plan competitions and establishing a system to financially support efforts to create shared offices following the increase in remote working as a result of the pandemic. Lured by Okinawa’s startup-friendly environment, many women have moved there to start their own businesses. Murakami Yukari, who runs a local energy company and is originally from Osaka, moved to Okinawa 15 years ago and got a job at an event company. Heeding the advice of her friends in the youth department of the chamber of commerce and industry, she started her own business with funds from several local companies. “Compared with major cities, there are more opportunities to start a business here because there are fewer competitors,” she says. “I also feel that people are welcomed here regardless of their gender or where they’re originally from.”

Arai Tsukasa, who runs a web content provider for real estate agents, is originally from Nara. She only had three staff members when she started her business eight years ago but she now employs 100. “There’s not much difference between the way men and women work, especially when it comes to the young generation,” she says. “Even without making a conscious effort, the percentage of men and women in executive positions and in each section ends up being almost 50-50.”

But there is also a downside to doing business in Okinawa. The jobless rate there in 2021 was 3.7%, the highest in the nation. Women’s salaries remain low. Iwabuchi from Okinawa Girls’ Square says: “Even when women are employed, they tend to earn lower wages than men so there’s a possibility that women in Okinawa have no choice but to start their own businesses to make a living.” Despite having the highest percentage of female entrepreneurs in the nation, Okinawa is still predominantly a man’s world.

Kamiji Chitose, who became the first female CEO of a major general contractor in Okinawa last July, says that when she joined the company she was told it would be “shameful” for her to be seen at construction sites. So instead of doing fieldwork, she accumulated experience through working in management-related departments. Kamiji contributed to establishing an in-house daycare center in 2011 and a new team tasked with increasing the number of female executives in 2013. Her company has also been focusing on providing gender education for male employees. “The status of women is low in the male-dominated construction industry,” she says. When she was first asked to become the CEO last May, she refused because she dreaded the opposition she expected from men both inside and outside the company. Eventually, though, she accepted the offer because she wanted to “create an environment where women can work comfortably.” Since becoming CEO she is often asked to “do her best for the sake of Okinawa.” She appreciates people’s high expectations but also complains: “I can’t transform society on my own. I want people to work together in thinking about what we can do to bring about change.”