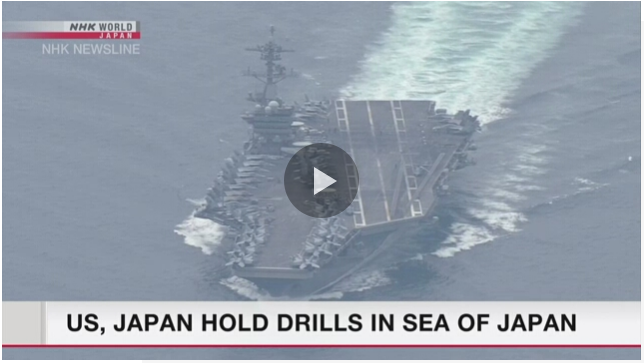 The US Navy has disclosed that one of its nuclear-powered aircraft carriers is conducting a joint drill with the Japanese Maritime Self-Defense Force in the Sea of Japan.

The fleet said the operations are to reassure “allies and partners of the US commitment to maintaining a free and open Indo-Pacific,” adding that “our training enhances the credibility of conventional deterrence.”

In March, the Navy conducted an exercise involving carrier-based aircraft from the Abraham Lincoln in the Yellow Sea, west of the Korean Peninsula, after a series of North Korean ballistic missile launches.

North Korea is believed to be trying to raise public morale ahead of what would have been the 110th birthday of the country’s founder Kim Il Sung on Friday.

Analysts are warning that Pyongyang could launch more ballistic missiles or carry out its seventh nuclear test.