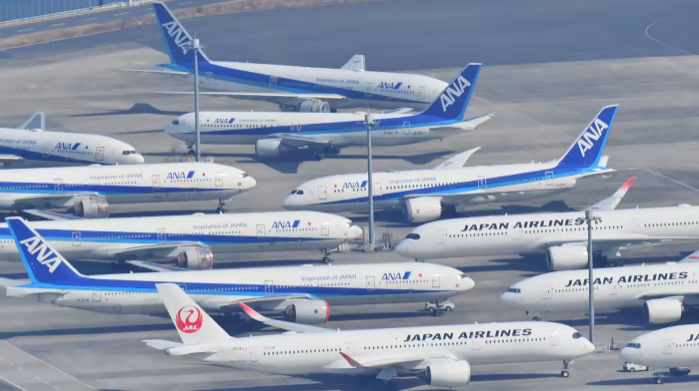 Japan currently only allows in 10,000 people a day, or 7% of what it was pre-COVID. (Photo by Mizuho Miyazaki)

One after another, countries around the world are easing or eliminating stringent restrictions on the entry of foreign visitors. It is time for Japan to do so as well.

For two years, Tokyo has imposed tight regulations on the number and type of foreign nationals who can enter Japan. While the government needs to be considerate about controlling COVID-19, Japan must be open to the rest of the world for growth and prosperity.

Since March, the government has gradually loosened entry restrictions: 10,000 people per day can enter since April 10, up from 3,500 per day in February. A separate framework has also been introduced for foreign students coming to Japan.

Quarantine requirements have been eased as well. Entrants no longer need to self-isolate in homes or hotels if they meet certain conditions, such as being triple vaccinated.

These steps are positive but insufficient. Japan is opening slower than other countries. Western governments already took significant steps to ease entry restrictions last year. Asian countries like Singapore, which had been relatively cautious until recently, are quickly normalizing international travel, eliminating mandatory quarantine upon entry. A notice about COVID-19 safety measures is displayed at Narita Airport, near Tokyo, in November 2021. While many countries are easing entry restrictions for foreign visitors, Japan continues to keep its doors largely closed.

But Japan, almost uniquely, requires incoming travelers to test for antigens upon arrival at the airport. This has forced the government to limit the number of people who can enter. In the pre-COVID era, about 140,000 people, including Japanese returnees, entered the country each day. The current 10,000-person cap is only 7% of that figure. Japan, therefore, is still 93% closed to the outside world.

As of March 1, there were 150,000 international students who had qualified to reside in Japan but had not entered the country. Since then, more than 10,000 of them have come, Chief Cabinet Secretary Hirokazu Matsuno said on April 1. Authorities must accelerate the arrival of the remaining overseas students.

Foreign nationals still cannot enter Japan for tourism. Sightseeing destinations around the world are preparing to accept international visitors, and some travel agencies are once again offering individual tours from Japan to Hawaii for the string of Japanese holidays that begins at the end of April.

However, tourist sites in Japan are unable to cater to inbound visitors despite the huge opportunity presented by the weak yen. The authorities should urgently consider opening the doors to tourists once again. Closing the borders for too long could make Japan less attractive as a destination for study or travel, which would be a major loss for the country.

Infection numbers have risen in several Asian countries that had been relatively successful in containing the pandemic, including South Korea. New variants of the coronavirus could also still emerge. A certain amount of caution is necessary, but the harm caused by overly strict regulations should not be underestimated.