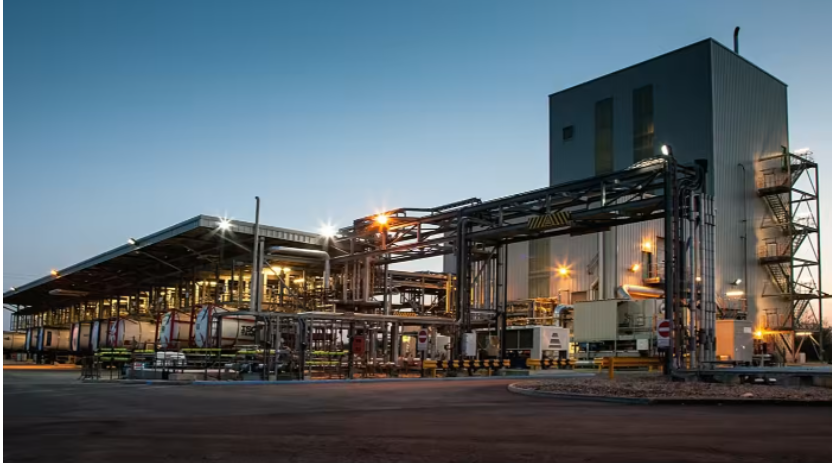 TOKYO — Japanese EV battery material suppliers including Mitsubishi Chemical and Tokai Carbon aim to ramp up production overseas as the West is reducing its dependence on China for key materials, Nikkei has learned.

Mitsubishi Chemical will invest several billion yen (several 10 million dollars) in Western countries by 2023 to double its output of electrolyte solution for batteries. More specifically, it will double its annual output capacity of electrolyte solution to 34,000 tons in the U.S., surpassing production capacity in Japan, which is currently at 26,000 tons. It also aims to double its output capacity to 20,000 tons in the U.K. Tokai Carbon aims to start producing anode material in Europe by 2024.

An EV battery is made of cathode and anode material, electrolyte solution, and separator. These key materials play an important role in determining the driving range and safety of an EV.

Currently, these materials’ supply is dependent on China, which accounts for around 70% of the global lithium-ion battery production capacity.

Tokai Carbon aims to raise its output capacity for graphite, a raw material for anode material, to 30,000 tons annually by 2030 in Europe. This is equivalent to 600,000 electric vehicles. Tokai Carbon currently accounts for around 1% of the global anode material supply. It aims to expand its market share by increasing output first in the key leading market of Europe.

Cathode material supplier Sumitomo Metal Mining is looking to set up a new production base in the U.S. It has in the past produced cathode material only in Japan.

While it aims to triple its cathode material production by 2030, the company is now considering bringing some of the production overseas.

Asahi Kasei, the world’s second-largest separator producer, looks to expand its production capacity in the U.S. and Europe by expanding the production base in the region operated by Polypore International, which Asahi Kasei acquired in 2015. While it plans to triple its output capacity to 3 billion sq. meters in the long term, the new investment will focus on overseas production, the company said.

The move comes as the West is trying to build its own EV battery supply chain while reducing its high dependence on China. U.S. President Joe Biden’s administration plans to pour $174 billion into promoting electric vehicles and subsidies for consumers. The European Union also plans to invest 15 billion euros ($16 billion) by 2030 in EV infrastructure, including fast charging spots.

Following the global push, battery makers are investing to increase output all over the world. In the U.S., Toyota Motor plans to start operation of EV battery factories in 2025. South Korean LG Chem and American General Motors are jointly investing in battery factories. In Europe, Swedish battery startup Northvolt plans to invest in setting up new battery production.

Japanese companies are among the world’s largest suppliers of key raw materials, with their market share remaining at 10-30% for the four key battery materials.

Companies are accelerating investment in Western countries as their customers there are trying to procure raw materials within the region.

In China, the government is helping local battery material manufacturers build factories, enabling them to produce cost-competitive products. China-made batteries and materials are prioritized over foreign-made products in the process of EV production, which makes local battery makers such as Contemporary Amperex Technology Co. even more competitive.

According to the International Energy Agency, China is expected to account for around 30% of EV battery demand in 2030, while the U.S. and Europe will jointly account for around 40%. Amid the U.S-China trade war, few Chinese battery material makers have invested in Western countries. Their Japanese peers are likely to further expand their market share in the region.

Supply disruptions during the pandemic have brought home to many carmakers the fact that depending on a single production base is risky. Currently, many Japanese battery material suppliers have most of their production facilities in Japan. If their new production bases in the U.S. and Europe grow bigger, it will help increase the resilience of the entire supply chain.