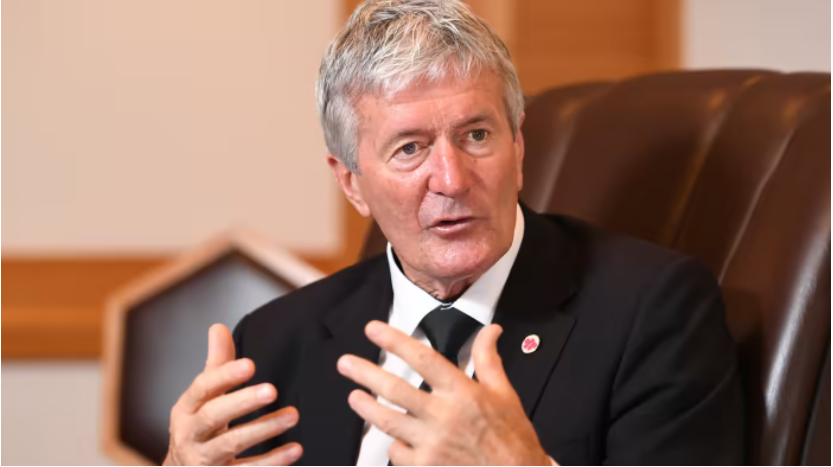 TOKYO — Asked about potential new members joining the 11-nation CPTPP trade bloc, New Zealand’s Minister for Trade and Export Growth Damien O’Connor said in an exclusive interview in Tokyo with Nikkei Asia that “we’re all keen for that process to conclude … without deviating from the high standards.”

Commenting on the U.K.’s request to join the bloc, formally known as the Comprehensive and Progressive Agreement for the Trans-Pacific Partnership, which is furthest along compared to other nations, he added: “We all hope to learn from … the U.K. process as to what works well, what is fair, the level of formal and informal consultation that is required.” China and Taiwan have also asked to join the trade pact.

“The U.K. has expressed concern to us that perhaps we might be blocking or slowing the process,” he said, commenting on discussions the U.K. has had with current CPTPP members, including New Zealand and Japan.

Some have said that the negotiations for the U.K.’s accession should be accelerated to counter China. “We have to be mindful of and sensitive to the wider geopolitical issues,” said O’Connor, adding, “We have to ensure that there’s continuity and consistency and fairness through the process,” referring to the high level of liberalization required by the agreement.

O’Connor did not indicate the U.K. would receive special treatment, saying, “We’re not quite sure when the U.K. might reach all the requirements that we need from them.” He did not mention Taiwan, which announced its intention to join at about the same time as China, showing some consideration for Beijing.

As for relations with China, on which New Zealand relies heavily for trade, O’Connor referred to the stance of Australia, which is locked in a deepening confrontation with China, and said, “We obviously, at a diplomatic level, choose to handle some things in different ways.”

O’Connor indicated New Zealand’s policy of coping with various diplomatic issues on a case-by-case basis and stressed that “New Zealand will maintain, you know, an open relationship with China.”

“We were trying to identify the areas that needed some discipline around [a new world of digital economy],” he said.

He said creating common international rules on things related to the digital economy, such as e-commerce, cross-border data transfers and geographical conditions for sever installations, would bring “a huge benefit.”

It would bring “a huge benefit if we can bring some consistency to e-commerce, to the management of data, data flows, data localization, all of those things,” he said.

Referring to the fact that China, South Korea and Canada quickly expressed hope for membership, he said, “It’s an initiative from … three small countries. We hope that grows again, like CPTPP.”

Regarding the signing of the security pact between China and the Solomon Islands, O’Connor pointed out that nations in the South Pacific are “strategically important” in the Indo-Pacific region.

“We’ve seen no need for the kind of agreement that the Solomons have engaged in. We don’t understand their justification for it,” he said.