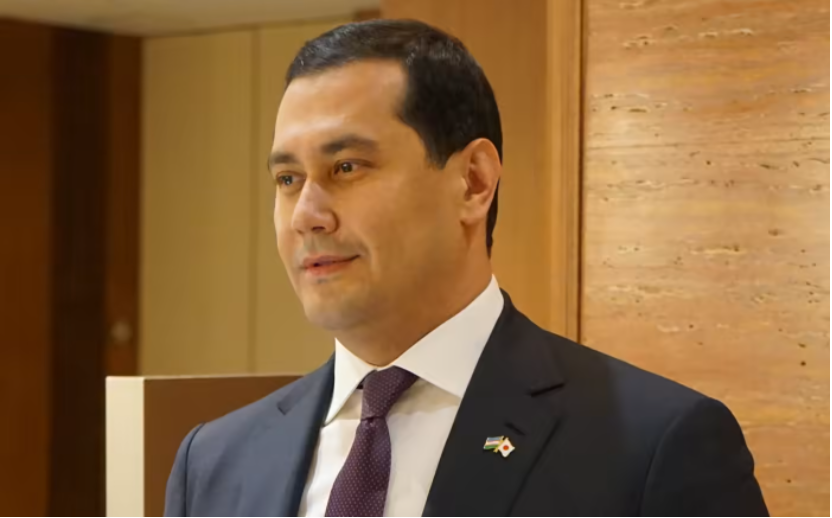 “I would also invite Japanese investors to invest in booming sectors with high potential such as pharmaceuticals, chemicals, construction materials and health care, which are highly advanced in Japan,” Sardor Umurzakov, who also serves as minister of investments and foreign trade, said in an interview Friday.

Uzbekistan, a former Soviet republic, is a member of the Russia-led Commonwealth of Independent States and economically reliant on Russia like other Central Asian countries.

“Although our economy hugely relies on Russia, and Russia is one of Uzbekistan’s main trading partners, we have a policy to keep equal stances with all partners,” Umurzakov said.

Furthermore, China is seen as expanding its influence in Uzbekistan in recent years through the Belt and Road Initiative’s infrastructure projects.

Uzbekistan is the largest of the five Central Asian countries with a population of about 34 million. Considering that the country turns out gold, uranium and natural gas, companies in the U.S., Europe, South Korea and elsewhere have been keen on its potential.

On the situation surrounding Russia’s invasion of Ukraine, Umurzakov said that “sanctions imposed on Russia have a certain impact on Uzbekistan,” noting that they “increase the cost of our traditional transportation routes.”

“We have taken all necessary steps to address the consequences of the conflict and we continue to advance our ongoing economic reforms,” Umurzakov said, referring to measures implemented since 2016 under President Shavkat Mirziyoyev aimed at transitioning to an open market-oriented economy. In addition to liberalizing foreign exchange transactions, the tax burden has been lightened in a push to improve conditions for investment.

Seeing the private sector as the key driver for economic growth and job creation, Umurzakov laid out the goal of attracting $70 billion in foreign investment over the next five years by stepping up public-private partnerships in energy, transportation and health care, as well as privatizing state-owned businesses.