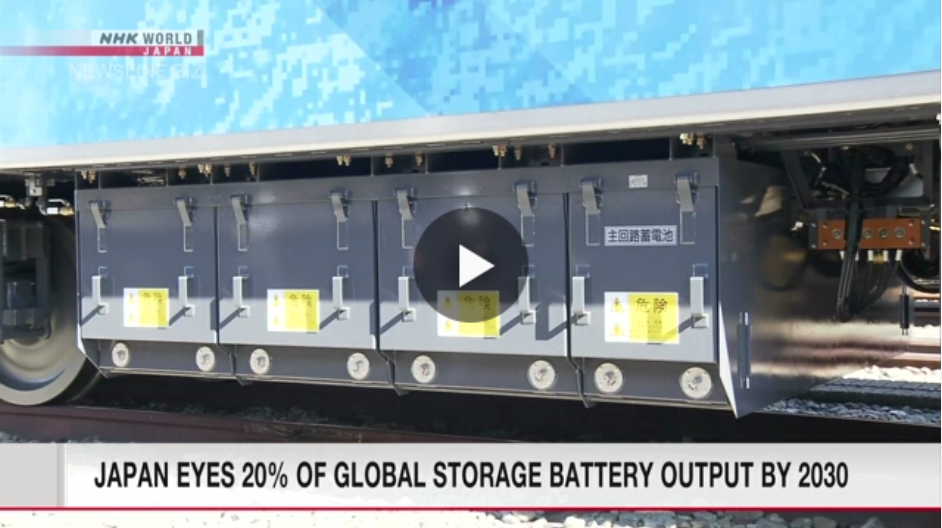 Japan’s industry ministry has set a goal of regaining a 20-percent share of global production of power-storage batteries by 2030. The country has been losing out to China and South Korea as they become more competitive.

The industry ministry unveiled its first-ever target for battery output at a panel of public and private-sector representatives on Friday.

Officials plan to boost funding to domestic manufacturers and support the training of engineers.

Demand for batteries is expected to surge due to the popularity of electric vehicles and to store renewable energy.

Japanese battery makers have seen their global market share drop from 40 percent in 2015 to just 15 percent in 2020.

Hagiuda said Japanese companies also need solid support with the government at the forefront. He added that this could be the last chance for the country to catch up.