Japan’s exclusive defense posture to be undermined by counterattack capability

Sota Shintaro of the Tokyo Shimbun sat down with attorney Sakata Masahiro, former Director-General of the Cabinet Legislation Bureau, to learn his views on revising the government’s three security-related documents, including the National Security Strategy. 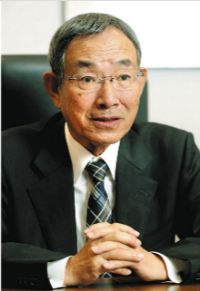 Tokyo Shimbun: The LDP’s proposal [submitted to the government] included the possession of the capability to attack enemy bases, which is now called a “counterattack capability.”

If the U.S. is to maintain the role of attacking on Japan’s behalf under the Japan-U.S. Security Treaty, it is necessary to explain why Japan now needs to possess its own striking power. What the government calls the attack capability does not matter; what matters is the type of weapons Japan will possess.

Tokyo Shimbun: What is your view on the inclusion of the “command and control functions” of an enemy country among potential targets of attacks by Japan?

Sakata: Destruction of command and control functions is nearly tantamount to a full-scale attack on an enemy country. How would that differ from the capabilities of other countries’ militaries?

Tokyo Shimbun: The LDP calls for an increase in defense spending with an eye toward a target of 2% of gross domestic product (GDP).

Sakata: There have been qualitative and quantitative aspects to Japan’s exclusive defense posture. Japan has neither needed many weapons (quantity) nor offensive weapons (quality). Here’s the question: If Japan doubles its defense spending from 1%, which was the national consensus, to 2% of GDP, will Japan’s neighbors still regard Japan as a pacifist nation.