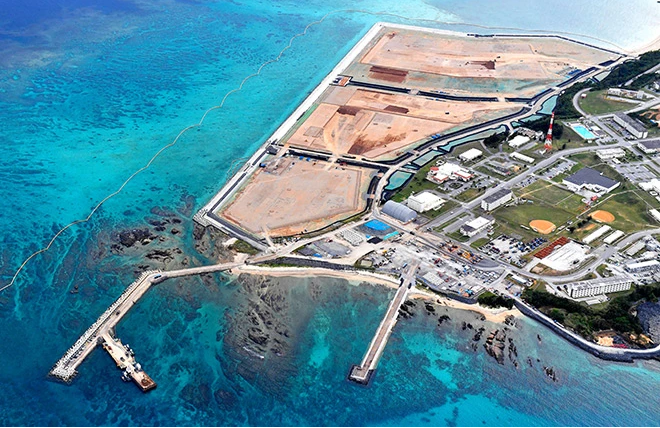 The land minister has ordered the Okinawa prefectural government to reverse course and approve a design change for highly contentious work to relocate a U.S. military base to the Henoko district of Nago, Okinawa Prefecture.

Tetsuo Saito issued the legally binding order on April 28 and set a May 16 deadline for approving the design change.

On April 8, Saito had revoked a November 2021 decision by Okinawa prefectural officials to reject an application by the Defense Ministry for a design change in its Henoko plan to deal with extremely soft seabed at the site, which is causing development costs to snowball.

At the same time, Saito issued a recommendation to the Okinawa prefectural government that it approve the design change by April 20.

But prefectural officials said they needed more time to carefully examine the planned change and could not meet the April 20 deadline. They also called on Prime Minister Fumio Kishida to suspend the land reclamation work and to engage in dialogue with the Okinawa prefectural government.

Following the land minister’s latest order, Okinawa Governor Denny Tamaki issued a statement on April 28 that said, “The relevant prefectural government departments are confirming the contents of the order and we will consider what our next step will be.”

One option open to the Okinawa prefectural government is to take the matter to the Central and Local Government Dispute Management Council and have it examine the legality of the order.

(This article was written by Takaoki Yamamoto and Shogo Mitsuzumi.)