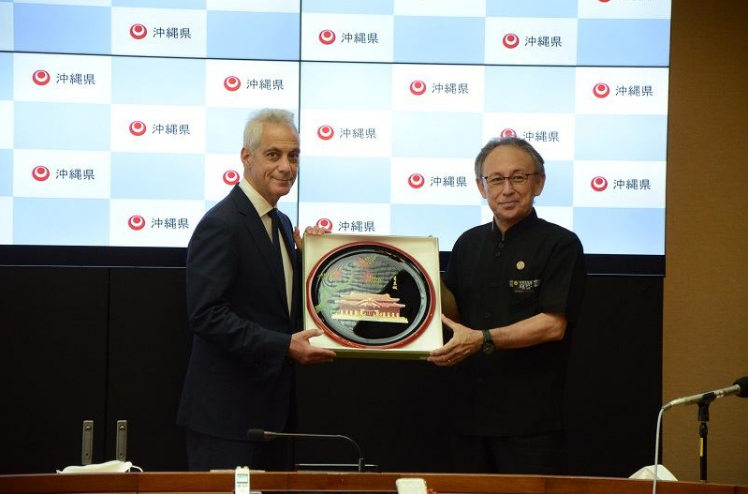 A resolution calling on the government to reduce the burden on Okinawa Prefecture of hosting U.S. bases has been approved by a House of Councillors committee.

The upper house’s Special Committee on Official Development Assistance and Related Matters as well as Okinawa and Northern Problems approved the resolution on Wednesday, ahead of the 50th anniversary of Okinawa’s reversion to Japan on May 15. It was strongly backed by the ruling and opposition parties, with the exception of the Japanese Communist Party.
The resolution referred to the concentration of U.S. military bases in Okinawa Prefecture and urged the government to make efforts to scale down the bases and realize the early return of the land they occupy.
A nonpartisan group of Diet members was also launched Wednesday to support a commemorative ceremony to be held simultaneously in Okinawa Prefecture and Tokyo on May 15. The group had its inaugural meeting at the Diet Building on the day.

U.S. Ambassador to Japan Rahm Emanuel visited Okinawa on Wednesday for the first time since assuming his post, and exchanged views with Okinawa Gov. Denny Tamaki about reducing the burden of hosting U.S. bases.