TOKYO — Russia’s unprovoked military aggression against Ukraine has come as a dire security warning for many countries. The horrifying destruction and huge casualties Ukraine has suffered have prompted political leaders around the world to start rethinking their security policies and strategies.

Finland and Sweden represent the two most notable cases of strategic reappraisal. After decades of pursuing a grand strategy aimed primarily at ensuring peaceful coexistence with Russia, the Scandinavian nations are now tilting toward joining NATO.

Japan cannot remain insulated from the seismic shift triggered by the war in Ukraine. Acting in tandem with the U.S. and Europe, Japan has stepped up its own sanctions against Russia and started accepting refugees from Ukraine, albeit in far smaller numbers than many Western countries.

When Russia annexed Crimea in 2014, the administration of then Prime Minister Shinzo Abe refrained from slapping serious sanctions on Moscow, breaking ranks with major Western powers. This time, the Japanese government has taken a clear and strong stance against Russia’s aggression, joining the U.S. and Europe in putting pressure on Moscow. This is undoubtedly a correct response to Russia’s egregious violation of Ukraine’s sovereignty.

Yet, Japan is far from prepared to face a security crisis of its own. Japanese policymakers need to learn some vital lessons from how the war began and is being fought to map out plans for making the nation less vulnerable to security threats.

First, you can rely only on formal security allies in such a situation, no matter how many friends you may have. This is the cold, hard reality that has come to the fore. Neither the U.S. nor Europe has sent troops to Ukraine to fight Russian forces even though they have provided a range of weapons to the embattled country. This is because Ukraine does not belong to the NATO military alliance.

Japan has been expanding its security ties with Australia, India, the U.K. and France. Tokyo also has been taking steps to beef up the so-called Quad framework of security cooperation with the U.S., Australia and India. These strategic moves are important but none of them can replace Japan’s alliance with the U.S. It is vital to first and foremost enhance the national defense system based on the Japan-U.S. security treaty.

Second, as a proverb says, heaven helps those who help themselves. Ukraine has received support from many countries because its people have been fighting the invaders with indomitable courage and determination.

Countries could not have helped Ukraine if its military had quickly succumbed. How the Ukrainian forces have resisted the invaders speaks volumes about the importance for Japan to be able to effectively defend itself.

In the mid-2010s, Prime Minister Abe issued an instruction to senior defense ministry officials. Although its exact wording is not known, it went something like: “When the Senkaku Islands are invaded, the last thing you should do is to seek immediate U.S. help. An alliance will not work unless Japan first tries hard to defend itself.”

This imperative can apply to any piece of Japanese territory. If Japan lacks the will and ability to defend itself, the U.S. would not take the huge risk to defend it.

Third, political leadership is as important as military power in determining the outcome of a war. Ukraine’s president, Volodymyr Zelenskyy, has remained in Kyiv, the capital, despite the threat to his life, as he rallies his people and military to stand together against Russia.

Zelenskyy has been commanding the battle, engaging in cease-fire talks and reaching out to the world with requests and information. By contrast, Russian President Vladimir Putin has made numerous blunders, surrounding himself with yes-men and cracking down on anti-war protests in Russia. 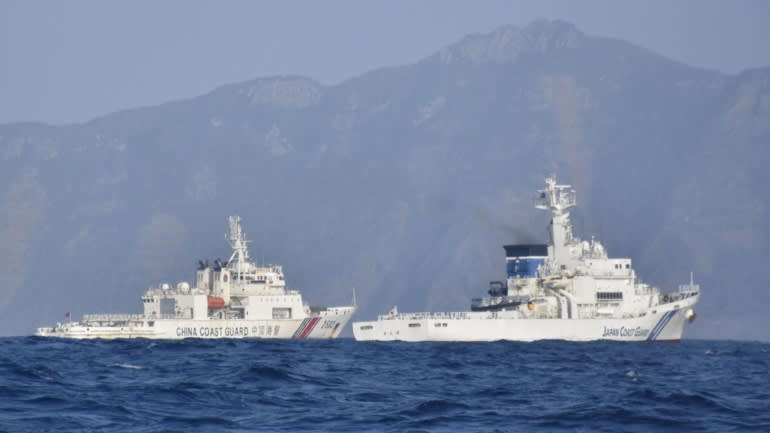 One alarming issue concerns nuclear deterrence. Russia’s nuclear weapons have deterred the U.S. from directly intervening in the war, but the U.S. nuclear arsenal has failed to stop Russia from invading Ukraine.

The same dynamic could play out in a possible crisis over Taiwan. If China invades the island, the U.S. might hesitate to send troops to support Taipei for fear of nuclear war.

“U.S. allies must work with the Americans to make their nuclear deterrent more credible,” said Michael Shoebridge, the director of the Australian Strategic Policy Institute’s Defense, Strategy and National Security program. “The problem in Europe right now is that only Russia’s nuclear weapons are credibly deterring the U.S. But, U.S. and NATO nuclear weapons have no credibility in deterring Putin from his horrific aggression.

“Similarly, this situation will raise a question about how China perceives U.S. nuclear deterrent capability. So we need to find ways with the U.S. to reestablish the credibility of its nuclear deterrent.”

This is not the first time since the Cold War began to unwind that Japan has been jolted by leading powers unleashing their militaries. The Gulf War, which started in 1991; the U.S.-led war against Afghanistan, which began in 2001; and the Iraq War, 2003; all seriously impacted Japan and its diplomacy.

Yukio Okamoto, a late former Japanese diplomat, described in his recent autobiography how the Japanese government struggled to deal with policy challenges posed by these wars. Okamoto was involved in all three conflicts as a diplomat or special adviser to prime ministers.

In the Gulf War, the U.S. forged a broad coalition of about three dozen countries to fight Iraq, which invaded Kuwait. Washington strongly urged Tokyo to join the coalition, but the unprecedented demand triggered confusion and bitter controversy in Japan. In the end, Tokyo decided to write a $13 billion check to help finance the military operation. Later Japan’s response was internationally criticized as “too little, too late.” 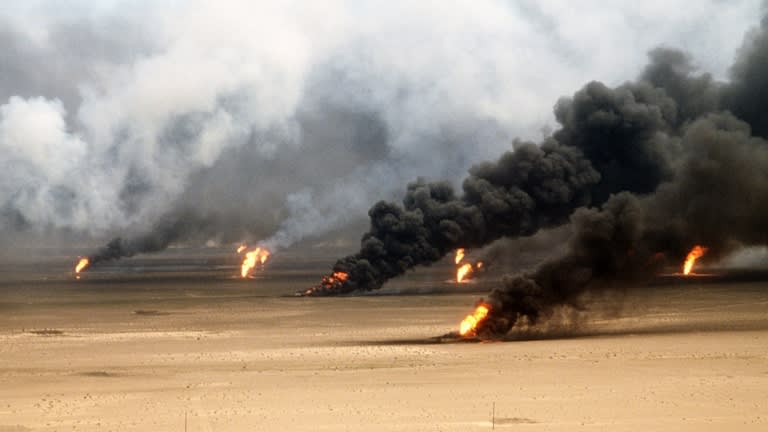 Traumatized by the experience, Japan dispatched its Self-Defense Forces to support the U.S.-led wars against Afghanistan and Iraq. The SDF engaged in a refueling mission in the Indian Ocean during the Afghan War and humanitarian operations in Iraq. But these activities did not change Japan’s policy of not risking its forces to protect other countries, according to Okamoto. The SDF troops in Iraq were still protected by foreign forces.

Okamoto concludes his book with a warning about Japan’s security policy. He says Japan has long kept its defense spending to a minimum, saving for prosperity and welfare, and it has not had to worry about rescuing foreign troops under attack while being protected by them. “This ‘Japan first’ policy is no longer sustainable,” he says.

In recent years the government has been shifting away from the “Japan first” policy. In March 2016, a law took effect allowing the nation to exercise collective self-defense on a limited scale. This makes it possible for the SDF to support the U.S. and other forces in a crisis that threatens Japan’s survival, even if the nation is not under direct attack.

But the fact remains that Japan’s national defense system is riddled with holes and vulnerabilities, given the increasingly dangerous security landscape surrounding Japan.

While providing as much support to Ukraine as possible, Japan also needs to glean valuable lessons from the war and use them to enhance its own security.