With China and Russia in mind, Kishida and Biden plan to discuss strengthening their nations’ cooperation in security matters. As for the Quad, the leaders are expected to announce the official launch of the Indo-Pacific Economic Framework (IPEF), which is expected to be an agreement by signatory countries to forge closer ties in trade, supply chains and other “pillars.”

In the lead-up to the summit, Nikkei spoke to Elbridge Colby, a former Pentagon official, and Wendy Cutler, a former acting deputy of the U.S. Trade Representative.

Colby stressed the need for Japan to increase its defense spending and boost its security presence, while Cutler talked up the potential for the IPEF to evolve into a more binding economic pact like the Comprehensive and Progressive Agreement for Trans-Pacific Partnership (CPTPP). The U.S. pulled out of the CPTPP’s precursor in 2017.

These excerpts from the interviews have been edited for clarity and brevity. 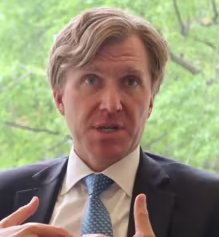 Elbridge Colby, principal at the Marathon Initiative and former U.S. Deputy Assistant Secretary of Defense for Strategy and Force Development

Q: What do you think of the Biden administration’s policy to deter China right now, despite what’s going on in Ukraine?

A: I am very concerned that the United States will become distracted in Europe and will not focus sufficiently on the Asia-Pacific. I think the bottom line is that … our military position in the Pacific is grave and deteriorating, and so it requires, fundamentally, a different, a much higher, degree of focus and prioritization.

The administration has been correct to avoid direct military intervention in Ukraine, and what they’re signaling now was that they are going to try to focus on Asia.

I think the U.S.-Japanese alliance, while superficially very strong and good, is actually structurally in crisis because of the lack of focus on the American side and the inadequate defense spending on the Japanese side.

I know that the Kishida government is moving toward a 2% standard [in which defense spending is equal to 2% of gross domestic product]. But that’s five years [down the road]. That’s too late. … Just yesterday, the director of National Intelligence was saying that the threat of China to Taiwan is an acute threat.

I expect there to be a lot of good feelings and optics in the summit meeting between [Kishida and Biden]. But I’m worried. … I think there is a lot of progress going on, but the question is, “Is it fast enough to meet the threat?” And there I am skeptical.

Q: What kind of security cooperation will Japan and the U.S. need to deter China?

A: I think the most important thing Japan can do is increase its level of effort because we’re facing a superpower that has an economy that’s as large as the United States and has the advantage of proximity. The United States is 5,000 miles away from Japan and Taiwan, so we need Japan to do more.

The kind of cooperation that we need is, I think, a much deeper degree of integration. I mean, I think the model, frankly, to move towards, in the Japan context, is something like combined force command. … On the Korean Peninsula, U.S. and Korean forces are highly interoperable and integrated.

Q: If the U.S. focuses on Ukraine, is there a possibility that Japan will be asked to expand its military role again?

A: I think there is a chance that the U.S. will become distracted. But I think they’re trying to address the criticism that they risk getting tied down in Europe. So that’s encouraging, that they’re making this case.

The question would be, “Does the rhetoric match what they’re actually demanding?” So you have Japan saying, “We’re going to go to 2% in five years.” Well, in five years it already could be over!

We have seen, just this week, the Chinese are operating a carrier strike group in the vicinity of the Japanese home islands. This is a very serious and urgent problem.

If you’re China, and you know that the Americans and the Japanese are going to work to blunt the invasion, well, strike first. And we know that they’re practicing on — you know, they have dummy ships, of U.S. ships at Yokosuka and Sasebo, and these kinds of things, not to mention Okinawa.

In that case, I would assume that Japan would assist at least in supporting military operations coming out of the home islands, and the Ryukyus. And elsewhere, potentially.

I think also Taiwan is really important to Japan’s security. If Taiwan does fall, Japan is going to be in grave danger because China is going to … basically be able to jeopardize, if not cut off, sea lines of communications to the south.

Q: If a Taiwan contingency were to occur, would the U.S. government send U.S. troops to defend Taiwan?

A: I think if we’re willing to fight and have Americans die for Taiwan, then we should be prepared to send U.S. troops to Taiwan. The question is when and how.

I think it would be a mistake, to formally abandon the policy of strategic ambiguity, because right now the Chinese understand that we’re likely to come to Taiwan’s defense, and the defense establishment is, actually, planning to defend Taiwan. 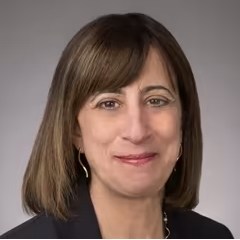 Q: Do you think it will be difficult for the U.S. to return to the TPP under the Biden administration?

A: The Biden administration has made it clear that they’re not interested in pursuing traditional trade agreements like the TPP. The Indo-Pacific Economic Framework [IPEF] will be a vehicle for U.S. economic re-engagement in the Indo-Pacific, and hopefully, it will help fill the void that was created when the U.S. left the TPP. The question is, “Will the IPEF agenda be sufficient to serve as a substitute or as an alternative for TPP?” We don’t know the answer to that yet. Maybe, over time, the United States will realize that more needs to be done and we would get closer to a TPP-like model.

I think it’s going to be a step-by-step approach. We’re still awaiting the details of each pillar, and until we know the details it’s very hard to assess its strength and impact. I believe we’re going to be pleasantly surprised by how substantive it is. There have been many critics already complaining that this is a weak initiative. I’m encouraging everyone to keep an open mind.

Q: Critics say that Southeast Asian countries will not follow bylaws unless there are U.S. tariff reductions.

A: I understand this criticism of the IPEF. To date, one of the key incentives for getting countries to agree to U.S. proposals on labor, the environment or on intellectual property protection has been by providing access to the U.S. market. And, for now, that seems to be off the table. So, the burden is on the administration to provide other incentives that will lead countries to want to join this initiative.

The administration’s gotten this message. As a result, they’re looking at other incentives, which could include infrastructure financing, capacity building and trade facilitation.

Q: Taiwan wants to be in the IPEF, but it’s said that Southeast Asian countries would prefer to be without Taiwan because the framework is already being perceived as a vehicle to counter China. Should Taiwan be included in the framework?

A: This is going to be a difficult decision for the administration. They are going to need to balance their desire to invite Taiwan into the initiative with the reality that a number of countries will choose not to join if Taiwan is a participant in order not to anger China.

But, there are creative ways to deal with this, including perhaps setting up an IPEF working group under some of the bilateral mechanisms we have in place with Taiwan, such as the TIFA, or the new Commerce dialogue with Taiwan. And maybe over time the members can create some kind of a special participation status for certain pillars, including supply chains, where Taiwanese companies play an important role.

Q: What role should Japan play to launch the IPEF?

A: Japan is going to be a very strong partner in the Indo-Pacific Economic Framework. My understanding is that Tokyo has been instrumental in helping the Biden administration shape this initiative, with respect to substance but also with respect to trying to attract participants, particularly from Southeast Asia.

Q: The U.S. Congress and the American business community are urging Washington to make rules in digital trade, which continues to expand in the Indo-Pacific. Should the U.S. create a new digital trade agreement in IPEF?

A: I have been advocating for a long time, even before IPEF was contemplated, that the United States should propose a regional digital agreement. For me, this always seemed to be a logical place to start, if CPTPP was off the table.

The administration now has chosen to go ahead with digital work, but they want it to be part of the trade pillar. This is causing some concerns because in the trade pillar — apparently — countries will not be able to pick and choose which parts they want to pursue. They couldn’t choose to say, “Yes, we want to do digital, but we don’t want to do labor and the environment.” They would need to do all the topics in the trade pillar.

Japan and others have been advocating that digital should be taken out of the trade pillar and become a separate pillar. The administration is not ready to do that now. Over time, this might become possible.

The digital part of the trade pillar will include some of the provisions in the U.S.-Japan trade agreement, but it will go further in addressing topics of interest to our workers, consumers and small businesses. Based on their extensive consultations with these groups, the Biden team has developed new proposals to address their concerns and priorities.

Q: How should the U.S. and Japan cooperate in the supply chain, particularly semiconductors?

A: I think it’s critical that the United States and Japan as well as [South] Korea and other countries cooperate on building resilient supply chains in the semiconductor sector [and] in other sectors as well. This can’t and should not be limited to reshoring. It needs to be about addressing the short and longer-term vulnerabilities in this supply chain, including the materials and the equipment used to make semiconductors, promote more cooperation, and an early warning system to help each other if there are disruptions or shortages.

Over the long term, we need to explore pooling our capabilities with our allies and partners, and building up a resilient supply chain in these critical technologies, which can operate smoothly even during pandemics and other crises.