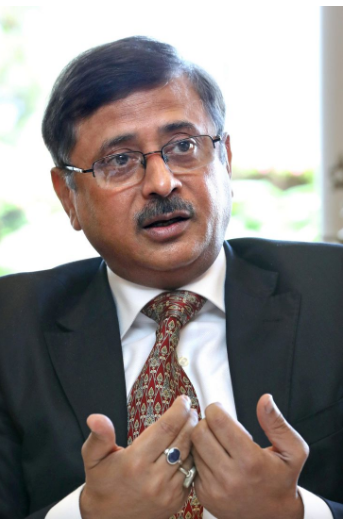 Indian Ambassador to Japan Sanjay Kumar Verma replies to a question during the interview at the Indian Embassy in Tokyo’s Chiyoda Ward on May 18. (Photo by Saito Yoshinori)

By Okada Mizuki and Hiroike Yoshikazu

Indian Ambassador to Japan Sanjay Kumar Verma sat down for an interview with The Sankei Shimbun on May 18 and said the Quad summit in Japan on May 24 is “primarily intended to achieve peace and stability as well as the rule of law in the Indo-Pacific region.” He also said, “We oppose any hegemonic act,” with China’s aggressive maritime expansion in mind.

Ambassador Verma said, “Rather than a military alliance, the Quad is a venue for discussing various issues.” He also underscored, “The Quad framework should be utilized to work on countries trying to change the status quo.” On response to a Taiwan contingency, he said, “It’s more important to prevent a contingency from happening than to consider how to respond to it.”

Meanwhile, India has not imposed any sanctions on Russia over the Ukrainian crisis so as to avoid directly criticizing Russia, with which India historically has friendly relations.

Ambassador Verma said: “India is taking an independent stance. Economic sanctions will inflict pain on the people.” He also expressed his country’s intention to call for a ceasefire through diplomacy and dialogue by taking advantage of India’s relations with Russia and with Ukraine.

The following are excerpts from the interview:

Question: What major issues will be discussed during the Quad summit?

Indian Ambassador to Japan Sanjay Kumar Verma: I can’t anticipate what the other leaders will discuss, but the Quad is primarily intended to achieve peace and stability as well as the rule of law in the Indo-Pacific region. We are opposed to hegemonic acts in this region and anywhere else in the world. This should be discussed during the Quad summit.

Q: How should Japan, the U.S., Australia, and India deal with China?

Ambassador Verma: We can’t tolerate attempts to unilaterally change the status quo by China or any other nation. The Quad framework should be utilized to work on such countries.

Q: What’s your view on responding to a Taiwan contingency?

Ambassador Verma: The Quad also has a role to play in preventing such a conflict. But it’s too late to act once a conflict has already occurred. It’s more important to prevent a contingency from happening than to consider how to respond to it.

Q: India is taking a neutral stance on the Ukraine crisis.

Ambassador Verma: Rather than a neutral stance, we are taking an independent stance. India’s national interests and strategies should place value on the peace and stability of the region as well as dialogue and be promoted based on domestic demands. Economic sanctions on Russia will inflict pain on the people instead of on individuals and organizations. We don’t support economic sanctions on any nation.

Ambassador Verma: India has a population of nearly 1.4 billion and needs to import an enormous amount of energy. Our country will grow in the future and consume more energy like all developed nations. But we are importing energy sources from a wide range of countries, including Iraq, Iran, and Saudi Arabia. So we are not highly dependent on Russia.

Q: What role does India need  to play in stopping Russia’s invasion of Ukraine?

Ambassador Verma: India is one of the few countries that can talk to any country. Prime Minister Modi and Foreign Minister Jaishankar have been communicating with their counterparts in Russia and Ukraine. We will ask the two countries to engage in constructive dialogue through diplomacy.

Q: Self-Defense Forces aircraft were not allowed to load relief supplies [for Ukraine] in India.

Ambassador Verma: We thought we had agreed to allow SDF aircraft to enter Indian airspace, but it seems there was some misunderstanding. We had no intention of obstructing Japan’s support for Ukraine. 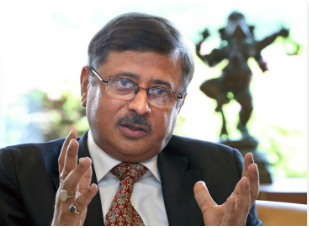