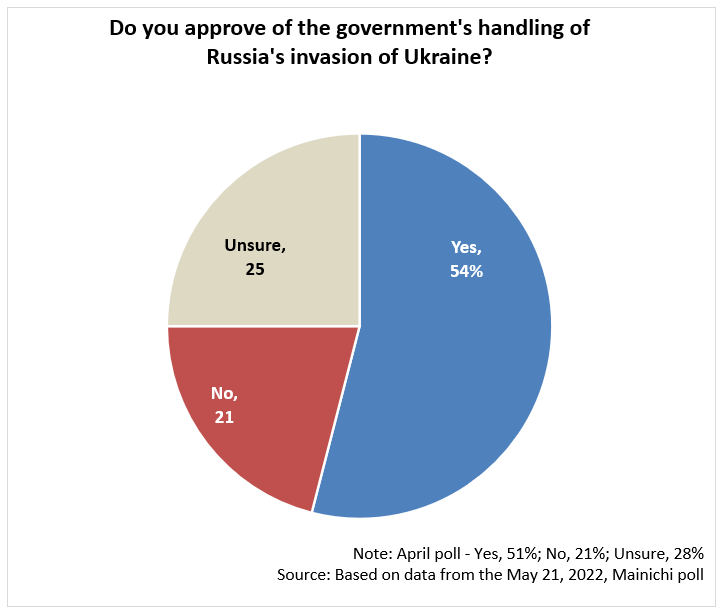 TOKYO — Sixty-nine percent of respondents to an opinion poll conducted by the Mainichi Shimbun and the Social Survey Research Center on May 21 said it is unnecessary to wear masks when outdoors as a measure against coronavirus infections in Japan if it is not crowded.

On May 20, the Japanese government announced its view that the wearing of masks is unnecessary outdoors when people rarely talk to each other, or when they do talk to each other and the distance between them and other people is 2 meters or more.

With regard to the government’s entry restrictions on foreigners as part of its border control measures, results were close, with 43% of respondents saying that the restrictions should be eased and 41% saying that they should not be loosened. The government plans to raise the limit on the number of foreigners that can enter the country from the current 10,000 per day to 20,000 per day starting in June.

As for the government’s response to Russia’s invasion of Ukraine, 54% said they “evaluate it highly,” while 21% expressed disapproval and 25% said they “couldn’t say either way.” 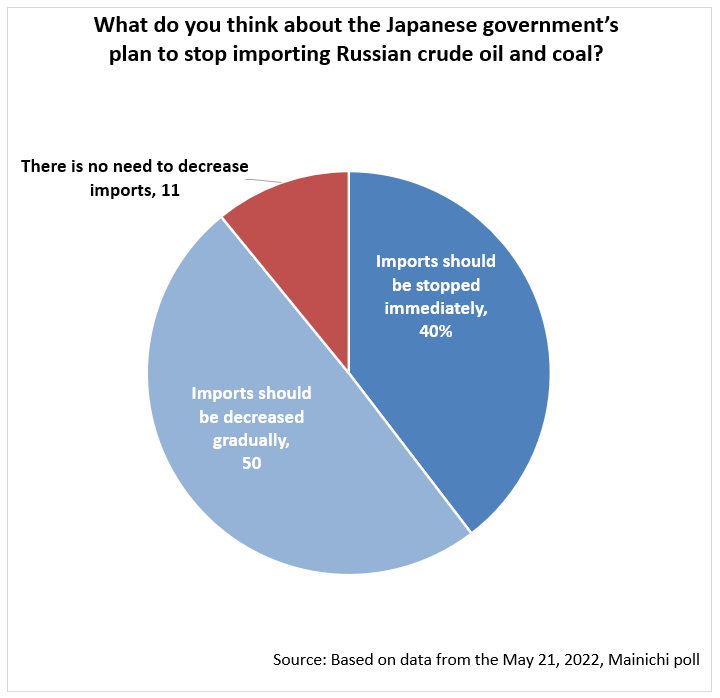 Asked about the government’s policy to stop importing crude oil and coal from Russia, 40% said it should stop immediately, 50% said it should be reduced gradually, and 11% said it is not necessary to do so.