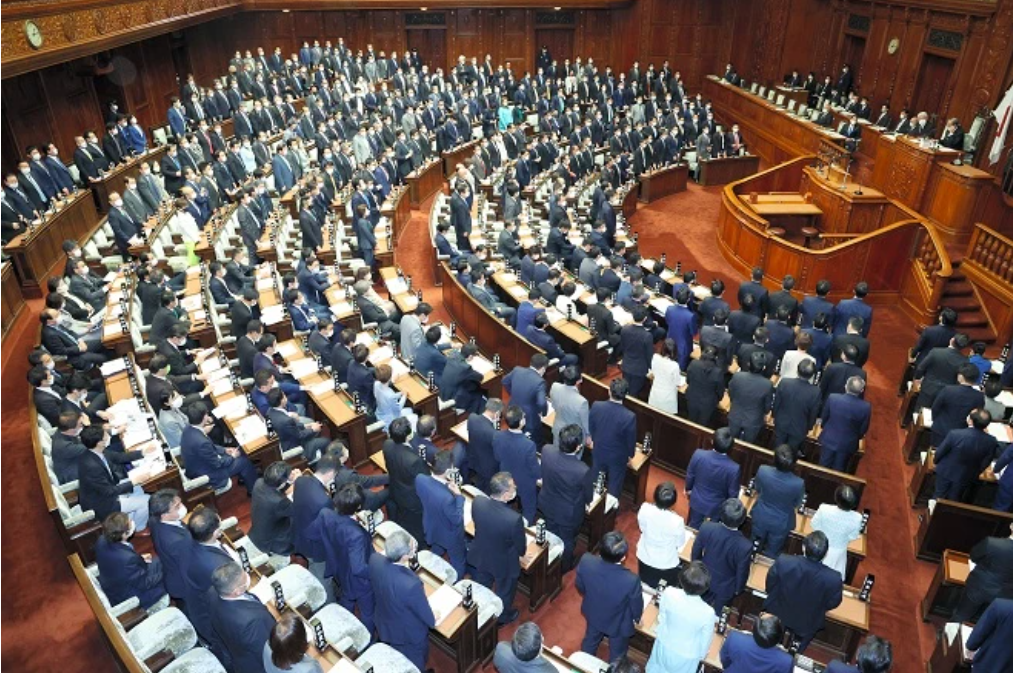 One wonders if the Diet is abandoning its primary duty, which is mandated by the public.

A supplementary budget bill passed the Lower House on May 27. It compromises the foundations of public finance, which is abuse of emergency reserves by the government.

Deliberations in the lower chamber, however, seldom sought to apply the brakes to this unscrupulous practice.

We cannot but feel that democracy is malfunctioning. The bill should come under tougher scrutiny in the Upper House.

The supplementary budget bill, which the government submitted, is worth 2.7 trillion yen ($21 billion), which makes it relatively modest in size.

But of that total amount, 1.5 trillion yen is designated for refilling a pool of emergency funds into which the government has tapped to finance measures against rising commodity prices.

The Constitution says that government expenditures must be authorized, in advance, by a Diet decision. The supreme law, however, makes an exception by saying that a reserve fund may be allocated “in order to provide for unforeseen deficiencies in the budget.”

The administration of Prime Minister Fumio Kishida set aside 5.5 trillion yen in reserve funds in the initial budget for the current fiscal year.

In the background of the measures against rising prices, which the government began implementing in late April, is Russia’s invasion of Ukraine, which was certainly “unforeseen.”

But the Diet had been in session since January. If there were necessary expenditures, the Constitution would have required that a supplementary budget for financing them be worked out and subjected to Diet deliberations.

The government had, in fact, made repeated Cabinet decisions to confirm that it would tap into reserve funds while the Diet was in session only to cover “relatively insignificant expenses,” including for disaster response.

We are dumbfounded by the way the government plans to allocate yet another set of emergency reserves to make up for the expenditures that it made in such an unreasonable way from the reserve funds.

In addition, the supplementary budget bill would also expand the designated use of a special emergency reserve fund, so far limited to measures against the novel coronavirus pandemic, to also include measures against rising commodity prices.

That could practically allow the reserve to be used for any purposes and could turn giving carte blanche to the government into a normal practice.

The ruling parties, however, did not point out the problematic nature of the emergency reserves during the Lower House deliberations.

A lawmaker of the opposition Constitutional Democratic Party of Japan delivered criticism, during a plenary session on May 25, by asking, “Is it the Diet’s role to top up the balance of a prepaid card that the government has used as it pleases?”

Members of the opposition, however, spent the bulk of their question time at the Budget Committee, where they could have asked more in-depth questions, on calling for consumption tax cuts, increased benefits and other measures.

This state of affairs is so regrettable if both the ruling and opposition parties are focusing on courting popularity ahead of the Upper House election despite this critical situation, which is jeopardizing the foundations of the government system.

The Public Finance Law supposedly prohibits the issuance of deficit-covering government bonds, which, however, are issued routinely on the basis of special measures laws.

Fiscal discipline has been slighted to an outrageous extent. Former Prime Minister Shinzo Abe, for example, has openly stated that “the Bank of Japan is a subsidiary of the government” and “there is no problem in refinancing (government bonds) as many times as you like.”

We cannot just ignore the situation if fiscal democracy, a basic principle of the modern parliamentary system, is going to be emasculated in the bargain.

Those in power could go berserk unless every single lawmaker were to maintain a watchdog relationship with the government and keep a constant vigilance over the latter so the spirit of the law, including that of the Constitution, will be observed.

We call strongly on both the ruling and opposition parties to keep that in mind as they brace themselves for coming deliberations in the Upper House.