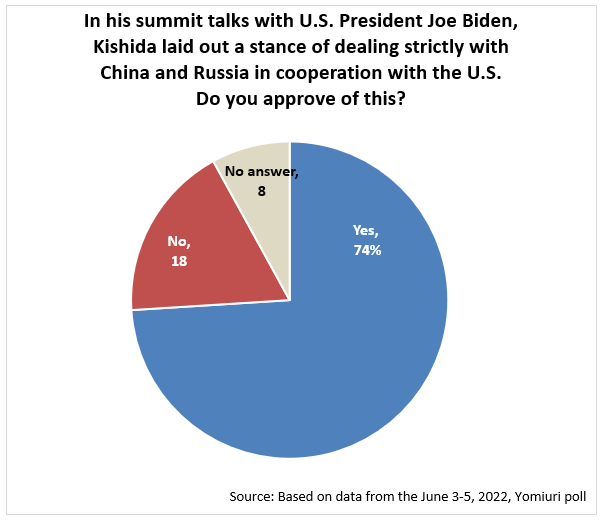 The Cabinet of Prime Minister Fumio Kishida had a 64% approval rating in a recent nationwide public opinion survey conducted by The Yomiuri Shimbun, marking the third straight increase since an April poll.

The approval rating for the Kishida Cabinet has remained high ahead of the House of Councillors election scheduled for next month. Strong support for the Cabinet’s handling of diplomatic affairs and the novel coronavirus pandemic, and the lack of any major errors are believed to have sustained the Cabinet’s ratings. 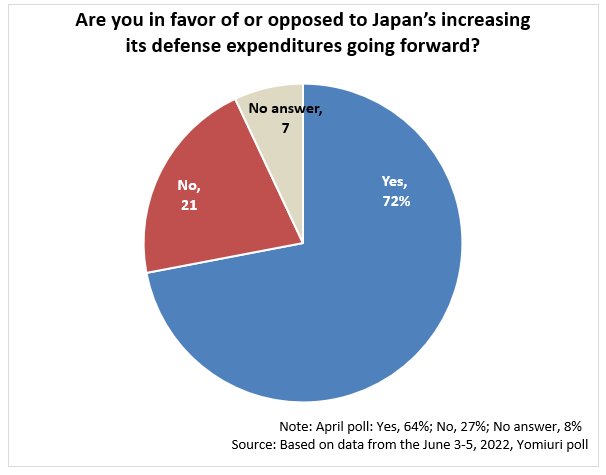 In his summit talks with U.S. President Joe Biden, Kishida laid out a stance of dealing strictly with China and Russia in cooperation with the United States, and 74% approved of this.

However, more than 40% disapproved of higher defense spending, with 35% responding that defense spending should remain at the current level and 6% calling for a decrease. 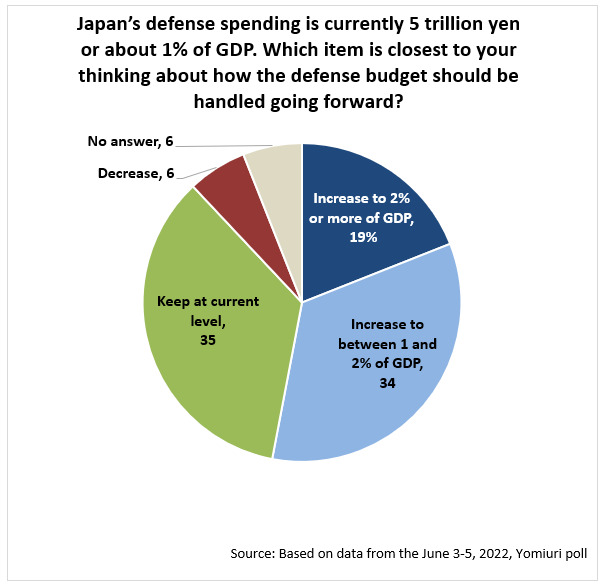 Asked which party they will vote for in the proportional representation race of the upper house elections scheduled for next month, 45% of respondents said they will vote for the Liberal Democratic Party, up from 44% in the May poll.

The figure is the highest since the January poll when this question was first asked. Nippon Ishin no Kai (Japan Innovation Party) followed with 9%, down from 10% in May, and the Constitutional Democratic Party of Japan with 7%, down from 8% in May.

In the June 2019 poll conducted directly prior to the previous upper house elections in July, 40% said they would vote for the LDP, 10% for the CDPJ and 6% for Ishin.