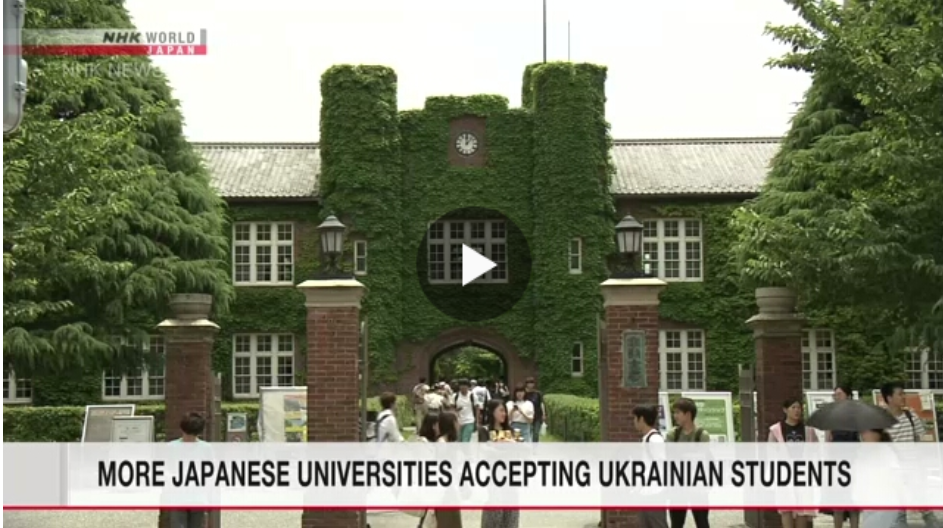 A Japanese refugee support group says it has made arrangements with 13 universities in the country to accept students from Ukraine, adding to its list of such institutions.

The group says 13 more universities across Japan, including Waseda, Keio, Meiji and Rikkyo University, are to take part in the program.

It plans to help about 70 Ukrainian students with a good command of either Japanese or English to find places at one of the 15 universities beginning in August.

Applicants must undergo a screening process that will include interviews. The universities will shoulder travel costs, tuition and living expenses.

The group also plans to collaborate with 25 Japanese language schools to find places for about 100 students.

Representative director of Pathway Japan Orii Norimasa says the Ukrainian students will bring greater diversity to Japanese universities and to society. He says he hopes the program will help to foster peace and act as a humanitarian contribution.