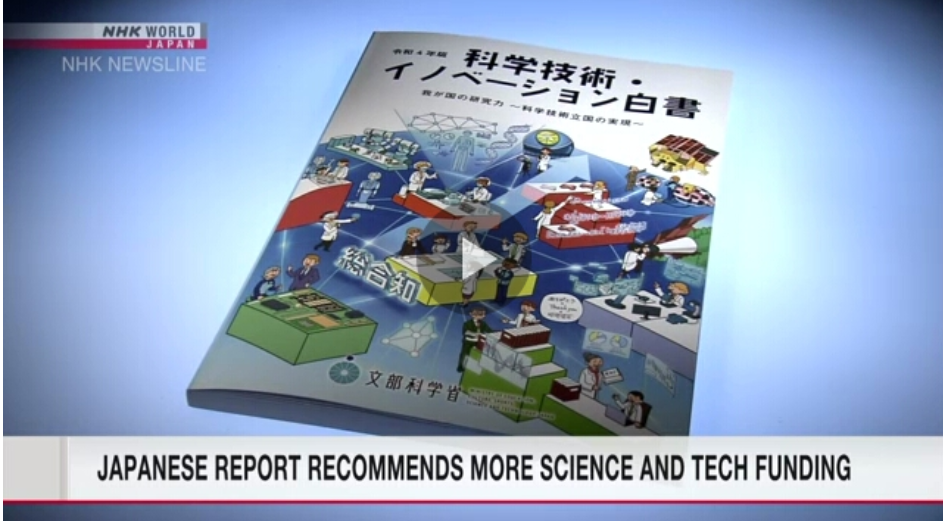 A Japanese government report called for creating a 10-trillion-yen, or about 74-billion-dollar, fund for university research in a bid to reverse a decline in the country’s science and technology capability.

The annual white paper on science, technology and innovation approved by the Cabinet on Tuesday highlighted challenges to Japan becoming a science-and-technology-oriented nation. The push to improve research is a pillar of the government’s growth strategy.

The report notes that two decades ago, Japan ranked fourth globally in terms of research-paper quality. Japan was overtaken by India in 2018 in the rankings and now has fallen into 10th place.

The white paper says one of the factors behind the drop was that Japanese universities and businesses did not see much of an increase in research and development expenses over the past 20 years.

Expenses in universities increased 23.4-fold in China in that period, 4.7-fold in South Korea, 2.6-fold in the United States, but only 0.9-fold in Japan.

The report notes that in Japan, universities produce more than 70 percent of research papers.

The paper also called for other efforts to strengthen research at universities and to support young researchers. It says top-level researchers in Japan should be given backing to conduct joint studies with their overseas counterparts.

The paper also says that as cutting-edge science and technology becomes the core competition area among countries, the government must intensely promote research in areas including quantum computing and artificial intelligence.