Editorial: Diet still failing to live up to its role as credible venue for debate 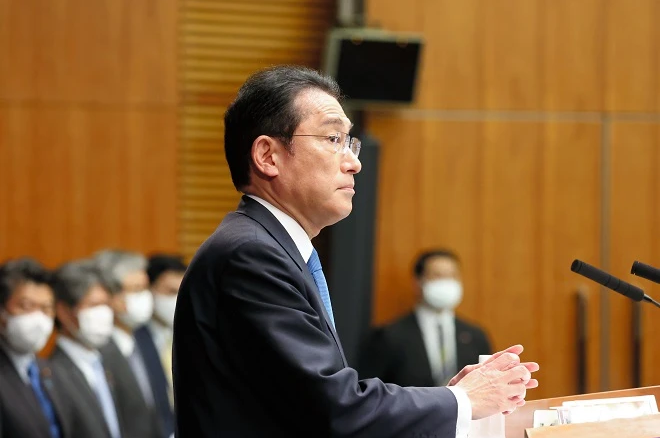 The ruling and opposition parties are now gearing up for an Upper House election scheduled for July 10. The official campaign period for the poll will start on June 22.

Past parliamentary sessions during the administrations of former Prime Ministers Shinzo Abe and Yoshihide Suga, which, backed by an overwhelmingly powerful ruling coalition, often behaved in a high-handed manner and tried to avoid giving clear answers to questions about sensitive policy issues.

But this session, held under the administration of a prime minister who prides himself on “the ability to listen,” has been sedate and sober, at least on the surface, with few pointed exchanges.

But debate was devoid of substance. The Diet failed to make serious efforts to restore its function as the watchdog of the administrative branch and clean up its act to regain public trust. There is still a long way to go for the Diet to become a credible citadel of discourse.

WHERE HAS KISHIDA’S ‘SENSE OF CRISIS’ GONE?

The session started amid a fresh surge in COVID-19 cases due to the rapid spread of the new Omicron variant. In February, Russia started invading Ukraine. Rising prices of gasoline and other goods are hitting Japanese consumers.

The Diet has done a poor job of fulfilling its political responsibility to take effective actions in response to people’s anxiety and concerns.

Kishida’s answers to questions, which were short on specifics and details, caused policy debate on the Diet floor to be hollow. Indeed, Kishida spoke softly and civilly and showed the flexibility to reconsider his decisions when they met with broad opposition.

But he said “I will consider” all too often. This phrase only means putting off dealing with the matter.

During the ruling Liberal Democratic Party’s leadership election last autumn, Kishida said the nation’s democracy was “in a crisis” and repeatedly pledged to pursue “politics based on trust and sympathy.”

But he cannot accomplish his “trust and sympathy” mission unless he is willing to talk candidly to the people about his own thoughts as the political leader during a crisis and ask for their verdicts.

He should be criticized for being insincere if he opts not to discuss sensitive policy issues for the time being to prevent them from becoming key topics for the Upper House election.

One of the important but politically sensitive issues he has avoided addressing head-on is the proposal to give the Self-Defense Forces the ability to strike bases in enemy territory. This weighty proposal could lead to a major shift in Japan’s postwar security policy.

But he only repeated the same refrain time and again. “I will consider all options from a realistic viewpoint without ruling out any proposals.”

During his meeting with U.S. President Joe Biden in May, Kishida pledged a “substantial increase” in Japan’s defense spending. During the Diet session, however, Kishida did not offer any explanation about what specific defense equipment he has in mind or how to finance the buildup to deliver on this seemingly official commitment.

The ruling and opposition camps agreed to decide during the Diet session on securing greater transparency and accountability for the so-called “buntsu-hi,” or the package of fixed monthly allowances of 1 million yen ($7,400) to cover “document, communication, travel and accommodation expenses,” which are provided to all Diet members atop their salaries and bonuses.

But the promise was broken. (The title has since been changed to “research, study, public relations and sojourn” allowances).

The blame should be placed not only on the ruling coalition, which has been consistently reluctant to tackle the issue, but also on the opposition bloc, which failed to deliver on its promise to the public to address the problem.

Since the line on eligible expenses remains unclear, as does the obligation on the part of Diet members to disclose how they have actually spent the money, the allowances are effectively supplementary salaries that legislators can use freely.

The fact that legislators have resisted so strongly to disclosing their use of the allowances seems to suggest a rampant practice among Diet members of using the money in ways they do not want the public to know about.

This is all the more distressing because the problem emerged just after former members of Abe’s Cabinet were embroiled in political funding and bribery scandals. Both the ruling and opposition parties squandered a valuable opportunity to regain the public trust destroyed by a series of “politics and money” problems.

There were also examples of the Diet abandoning its role as the watchdog of the government under the check and balance system. The legislature, for example, readily passed a supplementary budget containing a huge contingency fund, which, as money not intended for any specific purpose, erodes the integrity of fiscal democracy.

The Diet also failed to summon Abe to ask him questions about a newly disclosed fact that contradicts his explanations about dinner parties held for his supporters that have raised questions about whether his office covered some of the expenses in violation of the law.

He gave “false” answers as many as 118 times to questions at the Diet related to the banquets at Tokyo hotels held by Abe’s support group on the eve of annual tax-funded cherry blossom-viewing parties he hosted.

Lawmakers need to understand that getting to the bottom of this problem is vital for the Diet to perform its core mission of monitoring and checking the administration.

Another notable fact about the Diet session is that the performance of opposition parties in fulfilling their roles was severely questioned.

After suffering a drubbing in the Lower House election last autumn, the main opposition Constitutional Democratic Party of Japan made a fresh start as what its leader, Kenta Izumi, calls “a party focused on policy development.”

But the party has been struggling to strike a proper balance between promoting its own policies and criticizing the government. It cannot claim to have shown a great performance in highlighting problems with the administration’s policies and applying effective political pressure for improvement.

The CDP, for example, quickly decided to support the government-drafted bill for enhancing Japan’s economic security. Details of how to implement the law in specific cases have been mostly left to government and ministerial ordinances even though it could lead to excessive government intervention in private-sector economic activities.

The CDP should have done more to get the government committed to specific measures to prevent abuse of the law.

The Democratic Party for the People, another group born out of the breakup of the former Democratic Party of Japan, has moved further away from the CDP. The DPP supported the government’s initial budget bill and voted against a no-confidence motion against the Kishida Cabinet submitted by the CDP. The DDP is already a de facto member of the ruling bloc.

The DPP should make clear its position on whether to join the ruling coalition or cooperate with the ruling camp without providing Cabinet members after the Upper House election.

Another conservative opposition party, Nippon Ishin (Japan Innovation Party), led debate on a review of buntsu-hi allowances, but has been hit by scandals involving its members that have raised questions about party governance.

Nippon Ishin has made proposals concerning constitutional amendments and national security policy that are even more radical than the LDP’s positions. Depending on its showing in the Upper House election, Nippon Ishin could have a significant impact on Japan’s politics. The party should be aware that it has to take greater political responsibility as its influence grows.

No head-on debate between party leaders was held during the Diet session. Japanese voters deserve to hear more candid and nuanced conversations among lawmakers on key policy issues during debates in the weeks leading up to the Upper House election so that they can make educated decisions on the future of the nation.