Rumor leads to dead baby and trial for trainee from Vietnam 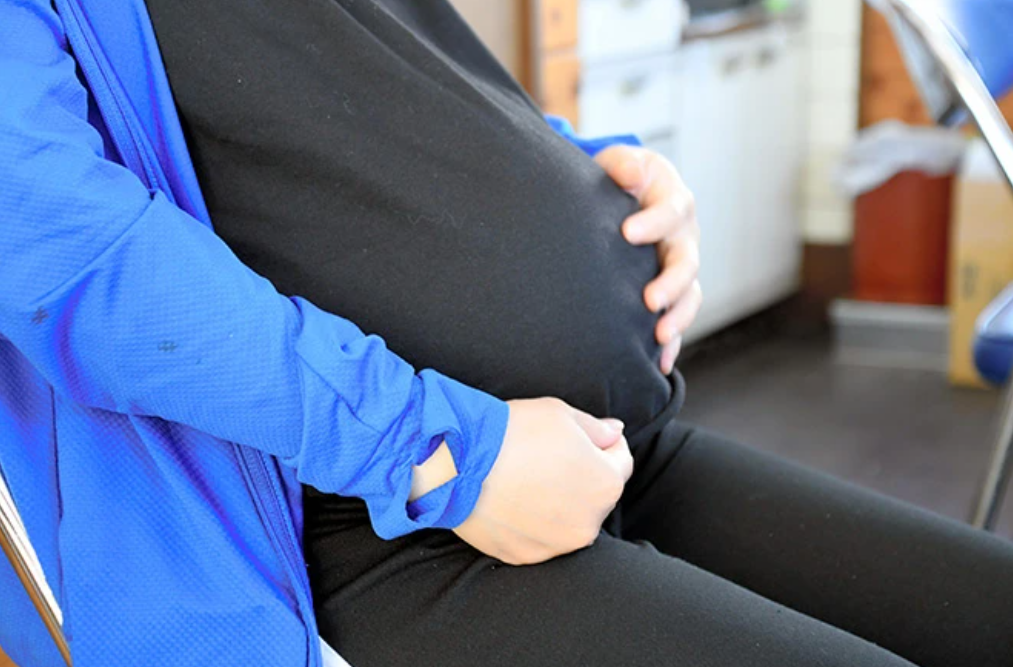 A technical intern due to give birth in July said she thought she would be deported because of her pregnancy. (Rikuri Kuroda)

HIROSHIMA—A Vietnamese woman who came to Japan on the technical intern program heard a rumor that foreign trainees would be deported if they became pregnant.

The rumor was bogus. But Duong Thi Vuot believed it, which led in large part to her arrest and trial at the Hiroshima District Court over the killing of her newborn baby.

In its ruling in May, the court pointed out that those involved in the trainee program failed to offer support and said the tragedy could have been avoided if she had just been given more attention.

Duong, a 27-year-old single mother, came to Japan about two and a half years ago to earn money to raise her young daughter whom she left in Vietnam.

She fell into debt to pay a “brokerage fee” to enter the intern program. The fee was 100 times the amount her parents earned in a year.

The defendant told the court that she couldn’t go to college and that she didn’t want her daughter to grow up in poverty.

As a technical intern, Duong harvested vegetables and performed other tasks at a farm in a mountainous area of Higashi-Hiroshima, Hiroshima Prefecture. She sent nearly 90 percent of her monthly salary of about 100,000 yen ($750) to her family in Vietnam.

She had a boyfriend in Japan, but he disappeared after learning that she was pregnant with his child.

The defendant told the court that she was reluctant to consult with those close to her because she feared she would be deported to Vietnam, still in debt, because of her pregnancy.

Duong visited a hospital in Higashi-Hiroshima twice, once to have an abortion and the second time to consult a doctor about giving birth.

But she said she was denied medical service both times because there was no interpreter at the hospital.

She concealed her growing stomach with a jacket and continued to work.

In November 2020, she gave birth to a girl in the corridor of a house that was used as a company dormitory in Higashi-Hiroshima.

Worried that the newborn’s cries would alert company officials, she gagged her baby with tape and let the infant die, the court heard.

She buried the corpse on the premises of the dormitory.

Duong was indicted on charges of abandoning a body and neglecting her responsibility as a guardian resulting in death.

She admitted to the charges in the first session of her trial.

The defendant apologized to her dead baby at the end of the hearing. Choking up, she begged for forgiveness, adding that she was always thinking about her baby.

Presiding Judge Mio Mimura criticized the defendant for her “lack of responsibility as a mother.”

On May 31, the court sentenced Duong to three years in prison. But Mimura spared her from serving time behind bars by suspending the sentence for four years.

The judge pointed out that company officials knew about the changes in Duong’s body but failed to confirm her condition, while the supervising organization tasked with protecting Duong and other interns didn’t notice her pregnancy during regular meetings.

“If they had paid more attention to the defendant, she could have avoided giving birth alone,” she said. “The fact that the defendant couldn’t receive assistance from the baby’s father and the hospital, even after she sought help, also had a significant impact.”

The ruling also said the defendant “had no choice but to believe the rumor” about pregnant trainees being deported.

According to a survey conducted by Masako Tanaka, a professor of international cooperation and gender studies at Sophia University, the pregnancy-deportation rumor seems to have spread among trainees in Japan.

Of the 301 surveyed foreign women working or studying in Japan, 49, including all 12 technical interns, said they were told by trainee-dispatch organizations in their home countries or companies and schools in Japan that a pregnancy would result in dismissal or deportation.

Labor ministry data suggest that almost all interns who became pregnant or gave birth during the course of training did not return to their workplaces.

According to the ministry, 637 technical trainees discontinued their internship programs due to pregnancy or childbirth between November 2017 and December 2020. Only 11 of them, or 1.7 percent, resumed training.

Iwashita, who took the stand as a defense witnesss, said that one of the various problems plaguing the foreign technical trainee program is that it is based on the premise that only male interns will relocate to Japan for work alone, leaving their families in their home countries.

An increasing number of female interns are joining the program, but arrangements for their needs have not been made, such as if they become pregenant, the associate professor said.

She also told the court that trainees often cannot explain their physical conditions to medical personnel because of the language barrier, and they have little or no knowledge about consultation counters.

In a separate interview, Iwashita called for revisions to the program, including government support for interns so that they can take maternity and child-care leaves.

“The program is aimed at training personnel and making international contributions, but in reality, it is used to resolve labor shortages,” she told The Asahi Shimbun. “I wonder how many companies can assure interns that they can return to work after giving birth. Interns are treated like machine parts that can be replaced when they are unable to work.”

(This article was written by Eri Niiya and Rikuri Kuroda.)