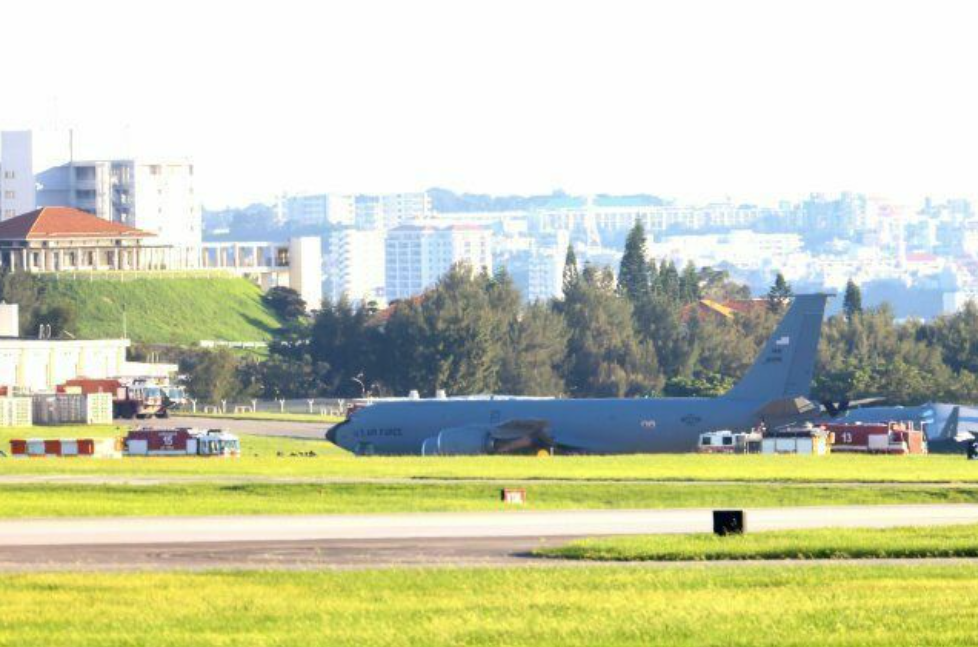 This KC-135 air refueling plane made an emergency landing at the U.S. military’s Kadena Air Base at about 6:30 p.m. on June 24.

KADENA – Two KC-135 air refueling planes made emergency landings at the U.S. military’s Kadena Air Base on June 24. According to an eyewitness, one of the planes landed on the landing strip on the north side of the base, where an emergency vehicle was waiting, at 11:12 a.m., and the other landed at 6:29 p.m. Both planes are believed to be affiliated with a unit from the U.S. mainland.

The eyewitness says firefighters entered the second aircraft to inspect it after the crew had evacuated. It is believed that there was some kind of trouble in the aircraft.