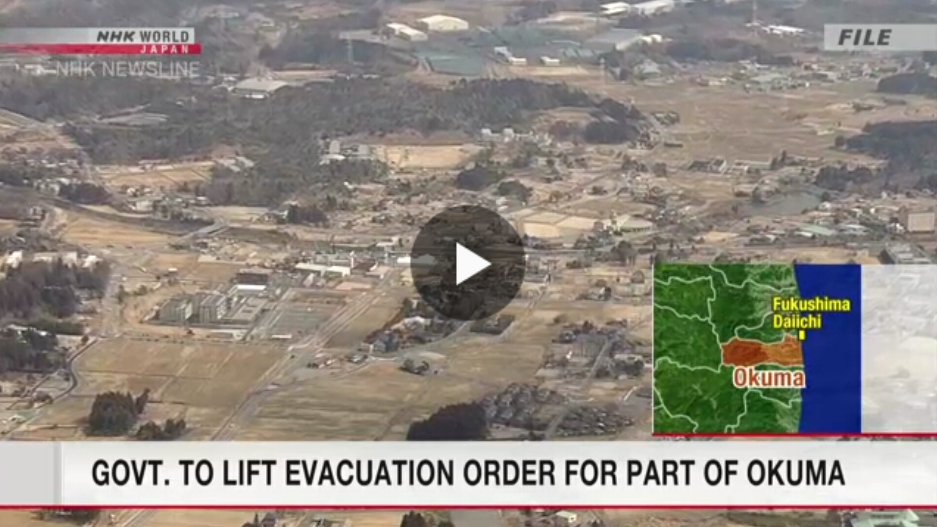 The Japanese government has officially decided to lift its evacuation order in part of Fukushima Prefecture’s Okuma Town.

About 60 percent of Okuma Town was designated as a “difficult-to-return” zone after the 2011 accident at the Fukushima Daiichi nuclear power plant. The plant is located in the town.

The evacuation order will be lifted in about 20 percent of Okuma Town’s “difficult-to-return” zone on Thursday. The decision was made on Tuesday.

The government decontaminated the area after it was designated as a special zone for reconstruction and revitalization.

The area will be the second “difficult-to-return” zone that residents can go back to.