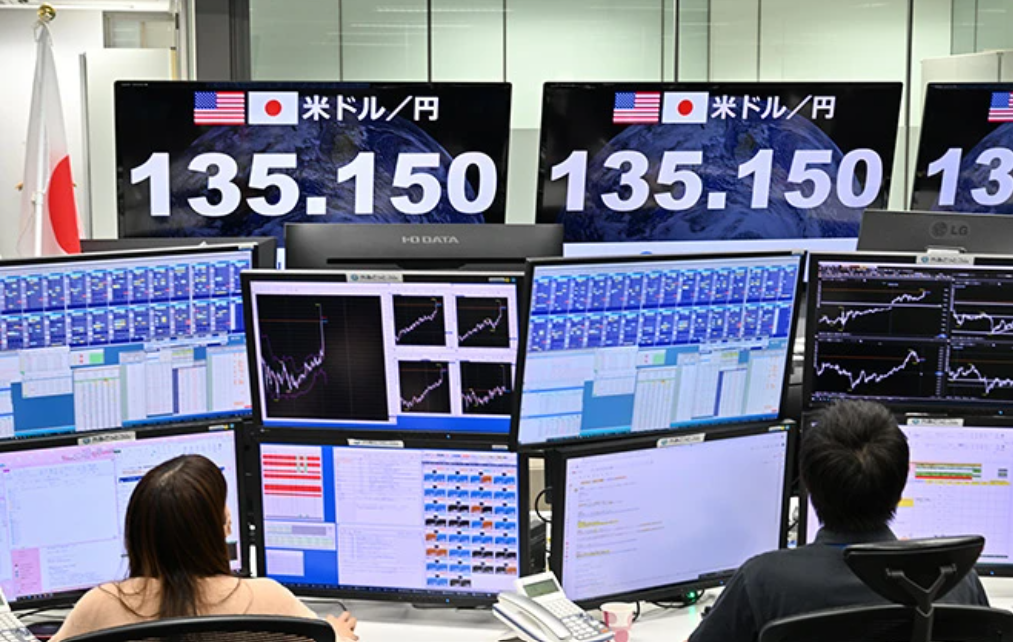 The yen drops sharply against the dollar on June 13. (Hiroyuki Yamamoto)

After her overseas study plans were disrupted by the COVID-19 pandemic, Yu Nagashima could finally enjoy campus life and in-person classes in California.

But the yen soon nose-dived against the dollar, and Nagashima found that her savings in Japan were quickly being used up.

“I have the worst luck,” Nagashima, 31, said. “But there are other students who are struggling more than me, so I mustn’t keep whining.”

The yen’s sharp depreciation has made it more difficult for Japanese students to study in the United States, particularly in expensive places.

The spread of the novel coronavirus led to a drastic drop in Japanese students studying overseas, and the weaker yen could now hamper government efforts to increase the study-abroad figure to pre-pandemic levels.

Nagashima used to work in sales at a human resources company in Japan, but she wanted a change in life and enrolled in the two-year college in California in autumn 2020.

With COVID-19 travel restrictions in place, Nagashima remained in Japan and took online courses for the first year.

She finally moved to the United States in August 2021 and began attending classes on campus.

Around the time of her relocation, the exchange rate was about 110 yen to the dollar. By June 13 this year, the Japanese currency had slid to 135 yen, its lowest level in almost 24 years.

Nagashima said she is emptying her Japanese savings account via a U.S. bank to cover her tuition and living expenses.

“I feel prices in the United States are 1.5 times higher than in Japan,” she said.

Nagashima pays about $800 a month for a shared room, including utilities.

A fast-food meal costs about $11-$12, she said, noting that foreign students, in general, are not allowed to have part-time jobs.

Nagashima said she sometimes consumes oatmeal and ready-to-eat miso soup that are provided by the college for free.

On June 1, she received a bill for $4,850.58 for her autumn tuition. She is particularly concerned about how she will cover the payment.

Nagashima said she initially thought about transferring to a four-year university, but she gave up on the idea because of the delay caused by the pandemic and the high costs associated with the weaker yen.

Karin Fujii, 20, who attends a four-year university in the state of New York, is also worried about the yen’s slide.

Since around May, she and her fellow Japanese students have often shared concerns about tuition for the next semester.

Fujii said about half of her tuition is covered by scholarships. But she still has to pay about 1.5 million yen a year in school fees, which her parents have covered.

In light of the yen’s depreciation, she has started to think about skipping a year or trying to graduate sooner.

“I am determined to graduate within a year because I want to reduce the burden on my parents,” she said.

According to the education ministry, the number of Japanese students studying abroad in fiscal 2018 was a record high 115,146.

A panel of the Central Council for Education, an advisory organization to the ministry, held a meeting on June 22. Attendees expressed concerns about the risks and impact of the weaker yen on students studying overseas.

“We want to be creative in measures to increase the number of Japanese students studying abroad,” a ministry official said.