TOKYO — Japan is already sweating out a dire power crunch as it heads into a boiling summer, introducing measures such as restarting retired gas plants to save power in order to shore up its scanty electricity supply.

Unit 5 of the Anegasaki Thermal Power Station in Chiba Prefecture, near Tokyo, had been mothballed after providing enough electricity to power up to 1.7 million households for nearly 45 years. The once-silver storage tanks are thick with rust, and bare handrails with the paint peeled off leave the distinctive smell of corroded metal on one’s palms.

On Thursday, though, the gas-fired unit, owned by JERA, Japan’s biggest power generator, resumed its role to supplement eastern Japan’s scarce power supply. It had been undergoing last-minute inspections before starting the two-month job in July but was called on duty a day earlier than planned in a desperate response to the unexpectedly baking heat.

The nation’s electricity supply has been chronically precarious and prone to crunches since 2011, when the Fukushima nuclear accident upturned the nation’s power grid and sent it scrambling for stable and clean alternatives to nuclear energy. In the energy transition process, old but steadily generating oil, coal and gas plants were being shut down one after another to make room in the grid for clean renewables, including unstable solar energy.

Japan’s power crunch this summer is a pressing daily threat after the rainy season came to a record-early end and high temperatures repeatedly top 35 degrees Celsius in multiple areas. 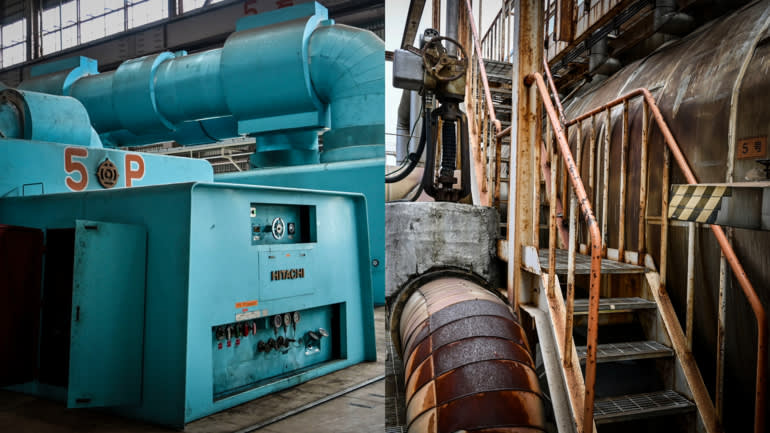 Unit 5 had been mothballed after providing power to millions for nearly 45 years. (Photo by Sayumi Take)

Early Thursday morning, the Ministry of the Environment issued a heatstroke alert in 26 regions, the highest count this year, urging people to stay indoors, use air conditioning and avoid exercising. On the same day, the Ministry of Economy, Trade and Industry sent out a power-crunch alert in Tokyo and eight nearby prefectures for the fourth day in a row and called on households and businesses to save power.

This is merely the inauspicious start to a worrisome summer. In early June, the government announced that it expected the electricity reserve rate in eastern Japan in July would be 3.1%, barely topping the safety line by 0.1 points — a “very severe outlook.” It filed a nationwide request for households and companies to conserve power, the first in seven years.

Power demand has repeatedly exceeded predictions in both summer and winter since 2020, partly due to the coronavirus pandemic’s push toward indoor-oriented lifestyles. On top of that, an unexpectedly powerful earthquake in Fukushima in March damaged one coal plant, leaving it inoperable until the coming winter. This pushed the already weak power supply over the edge.

The restart of JERA’s old unit is part of a plan to secure additional generation capacity and beef up the electricity reserve rate. According to the plan, the area’s reserve rate is expected to improve by 0.6 point in July.

In addition, JERA is to restart another aged plant under similar conditions in central Japan’s Aichi Prefecture. 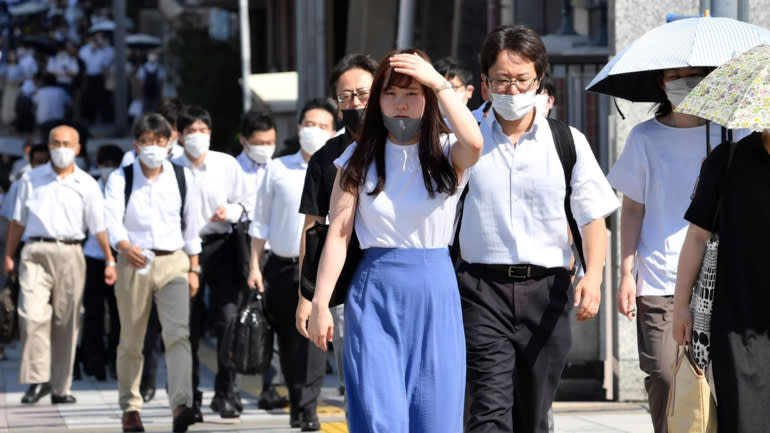 At the Anegasaki plant, the company started preparations for the restart in March. The initial reaction among the workers was disbelief — one recalled the attitude as “We’re really going to restart this old thing?” A test run revealed that many updates were needed to get it working safely and stably again.

But the company felt it had a duty to fulfill the task. Hiroaki Kamei, general manager of the Anegasaki Thermal Power Station, pointed out that in a power crunch, the shutdown of even one plant would directly lead to blackouts. “We absolutely must not let that happen,” he said.

The government has also moved to secure extra fuel for the nation’s thermal plants. As the war rages in Ukraine, the global competition for resources, including non-Russian liquefied natural gas, is intensifying, posing an increasing risk to the stability of the nation’s energy supply.

Prime Minister Fumio Kishida has repeatedly said his government will accelerate the reuse of nuclear reactors. Currently, 10 units are in the process of a scrupulous and laborious safety review by the Nuclear Regulation Authority.