Japan to start research on places on moon, Mars for humans 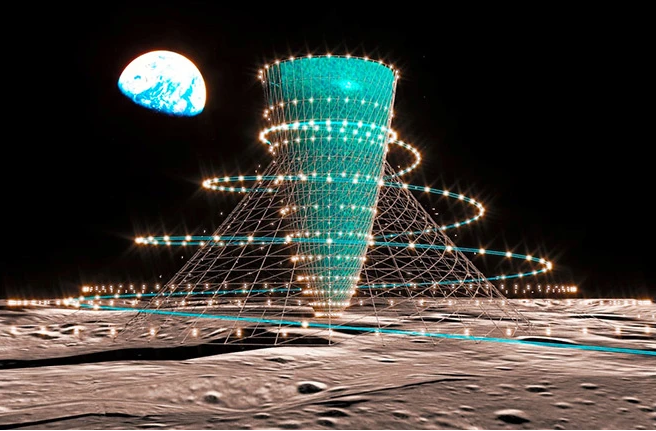 An artist’s image of an artificial gravity living facility called Lunar Glass on the moon (Provided by Kajima Corp.)

Researchers at Kyoto University and contractor Kajima Corp. presented plans to build living facilities required for human habitation on the moon and Mars and a transportation system reminiscent of a galaxy express.

“There is no plan like this in other countries’ space development plans,” said Yosuke Yamashiki, director of the SIC Human Spaceology Center of Kyoto University, at a July 5 news conference at the university.

“Our plan represents important technologies crucial to ensuring human beings will be able to move to space in the future.”

They announced that they will undertake a joint study to achieve the plan.

However, the plan will only become possible in the 22nd century, at the earliest.

At the core of the plan is constructing “artificial gravity living facilities.”

The facilities will be able to generate the same level of gravity as on Earth by using centrifugal force created by rotational motions.

One of these facilities, called Lunar Glass, will be built on the moon under the plan.

Another called Mars Glass will be constructed on Mars.

Gravity on the moon and Mars are one-sixth and one-third of that on Earth, respectively. 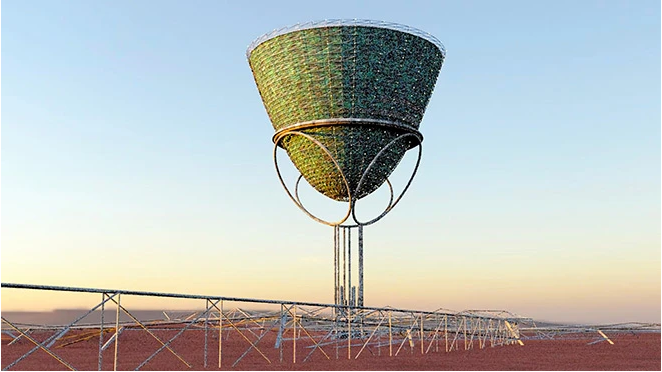 The facilities will help reduce the impact on the health of people living on the moon or Mars that could be caused by low gravity, according to the researchers.

They also plan to create space in the living facilities complete with forests or waterfronts by mimicking the biodiversity on Earth.

Although they expect constructing the massive facilities will take them around 100 years, they aim to build a simplified version of them on the moon by 2050.

The plan also includes building a transportation system called the “Hexagon Space Track System,” reminiscent of a galaxy express, to travel between Earth, the moon and Mars.

The system’s space train, as large as a Shinkansen, will also generate artificial gravity and travel like trains running on Earth, according to the researchers.

It will stop at “stations,” which will be built on satellites orbiting the Earth, the moon or Mars.

Linear motors or rocket engines will be used to launch it when it departs from the moon or Mars.

Each car of the train will be separated at the stations and be transported in hexagon capsules when traveling between the planets to avoid being exposed to cosmic rays.

“As the idea of living in space becomes more realistic, the problem with the low gravity, which I intuitively became aware of when I was a child, is an issue we must overcome,” said Takuya Ono, a project associate professor with the center and a senior researcher at Kajima, a major general contractor.

“We are committed to achieving the plan so it will be useful for human beings.”