Yokosuka holds ceremony to mark the landing of Commodore Perry 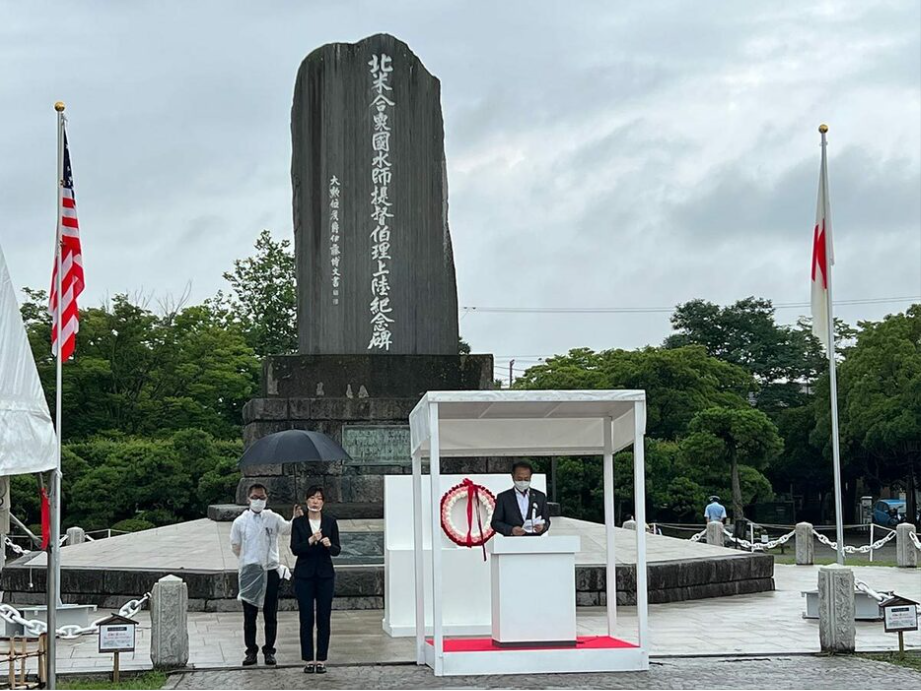 The Ceremony of the Landing of Commodore Perry was held at the Perry Park in the Nobi district of Yokosuka City on July 16.

On July 16, a ceremony to commemorate the landing of Commodore Perry at Kurihama in the Kanagawa prefectural city of Yokosuka in July 1853 was held at the city’s Perry Park with attendance of some 200 people. The ceremony was held for the first time in three years due to the coronavirus pandemic. Some U.S. military personnel stationed in Japan also attended the ceremony and reaffirmed the bonds between Japan and the U.S.

Yokosuka Mayor Kamiji Katsuaki and U.S. Air Force Colonel Sean McLay, who attended the ceremony on behalf of the U.S. ambassador to Japan, laid flowers at the monument. Kamiji said, “Back then, Japan’s feudal government felt strongly the necessity of modernization after coming into contact with the latest Western technologies and cultures.” Col. McLay said: “One hundred and sixty-nine years after [the landing of Perry], the Japan-U.S. relationship is now rock-solid. The unshakable alliance is contributing to people around the world.” (Abridged)