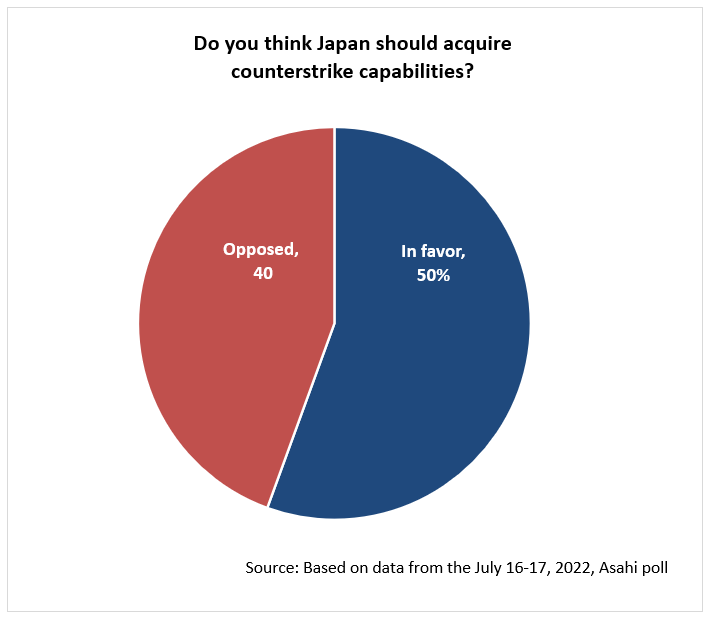 According to the Asahi Shimbun nationwide (telephone-based) poll conducted on July 16–17, 51% of respondents are in favor of amending Article 9 of the Constitution under Prime Minister Kishida Fumio so that it explicitly states the existence of the Self-Defense Forces. Only 33% said they disapprove of the move.

During the Abe administration, a similar question was asked. In the March 2018 nationwide (telephone-based) poll, which is the most recent one comparable to the July poll, some 33% said they support amending the article under then-Prime Minister Abe, while 51% said they do not.

Meanwhile, 50% of respondents said they are in favor of the SDF’s possessing “counterstrike capabilities,” which would enable Japan to attack the missile bases of other nations about to attack Japan. Some 40% said they are opposed to the acquisition. Turning to Japan’s defense spending, 46% of respondents said that it should remain at the current level, exceeding the 34% that said that it should be increased. 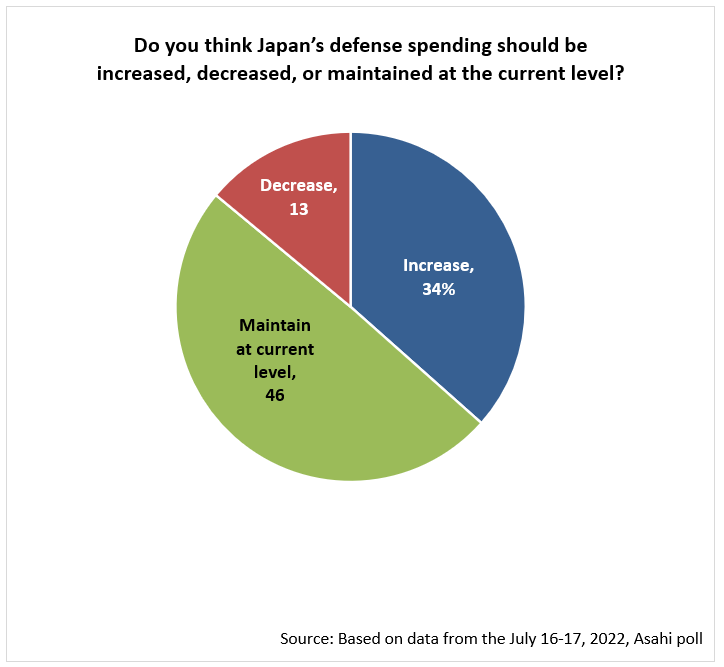 Asked what policy they would like to see Prime Minister Kishida Fumio focus on and given five responses to choose from, 30% said “measures to address commodity prices,” making this the most frequently given response. Some 23% said “social security,” 22% said “economy and jobs,” 15% said “foreign affairs and security,” and 6% said “constitutional amendment.”

The LDP, Komeito, Nippon Ishin, and Democratic Party For the People are in favor of amending the Constitution. As a result of the Upper House election, the four parties together hold over two-thirds of the seats in the house. A concurring vote of two-thirds or more of all the members of each house is necessary to initiate constitutional amendment. Some 53% said they think this outcome of the election is positive, while 29% thought it was not. Asked why they think the ruling parties of the LDP and Komeito won well over the majority of the seats in the recent Upper House election, 64% said “because the public is not optimistic about the opposition parties” while 21% said “because the public approves of the LDP-Komeito coalition government.”

The approval rating for the Kishida Cabinet was steady at 57% (previous poll conducted in May: 59%), while nonsupport was essentially unchanged at 25% (26%). 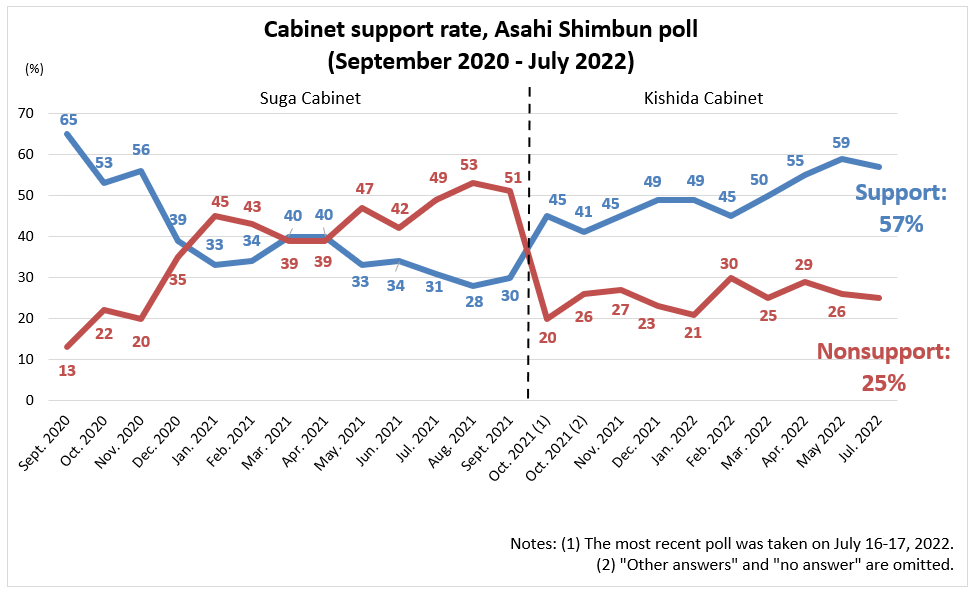