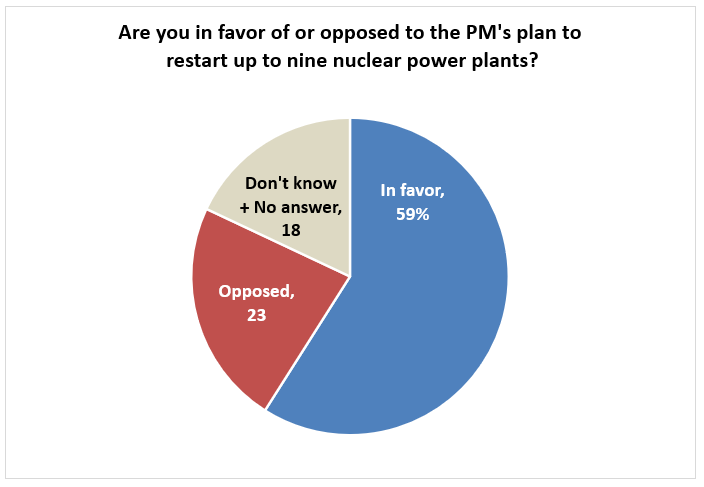 Prime Minister Kishida Fumio has announced a plan to restart as many as nine nuclear power plants to alleviate the power shortage anticipated this winter. An NHK poll shows that 59% of respondents are in favor of the Prime Minister’s plan, while 23% said they are opposed to the move.

NHK conducted a nationwide survey over the three-day period of July 16–18 on a computer-aided random digit dialing (RDD) basis and targeted men and women aged 18 or over with calls placed to landline and mobile phone numbers. Valid responses were received from 1,216 of the 2,344 people polled. The valid response rate was 52%. (Questions about government measures to address the skyrocketing commodity prices and the need to impose restrictions on people’s movement to combat COVID countermeasures were redacted.)