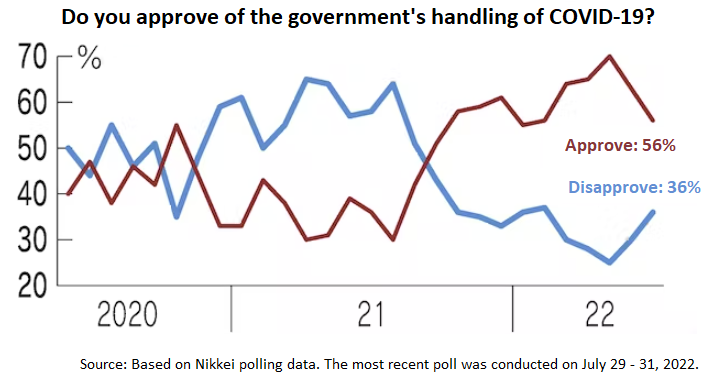 TOKYO — The approval rating of Prime Minister Fumio Kishida’s cabinet came to 58% in the latest Nikkei survey, the second-lowest reading since he took office last October.

Approval slid 2 percentage points from the 60% of June, while the disapproval rating held steady at 32%, in the poll conducted with TV Tokyo over the weekend.

Support for the government’s coronavirus response dropped to 56%, from 63%, while disapproval rose 6 points to 36%.

The Kishida cabinet’s approval rating has steadily declined from the May peak of 66%, with the record number of daily COVID-19 cases driven by omicron subvariants seen as a contributing factor. The lowest rating of 55% was marked in February, when Japan saw a surge in cases from the initial omicron variant of the virus.

On which policies that Kishida should prioritize, with multiple answers allowed, 35% of respondents said coronavirus measures. Economic recovery came in first at 44%, followed by pensions, health care and nursing care at 39%.

Trustworthiness was the most frequently cited reason for supporting the cabinet, at 30%. Among those disapproving, 48% pointed to the cabinet being heavily weighted toward the ruling Liberal Democratic Party.

The LDP received the most support, at 43%, followed by 10% for the Japan Innovation Party, 7% for the Constitutional Democratic Party, and 24% for those with no party loyalty.

The telephone survey was conducted by Nikkei Research from Friday through Sunday, with 985 responses, for a response rate of 41.9%. 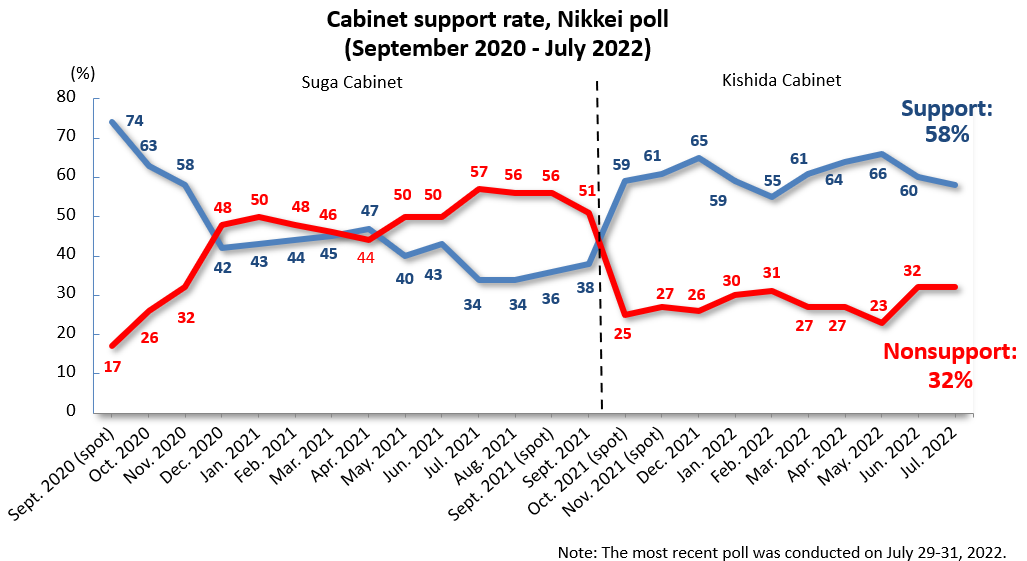