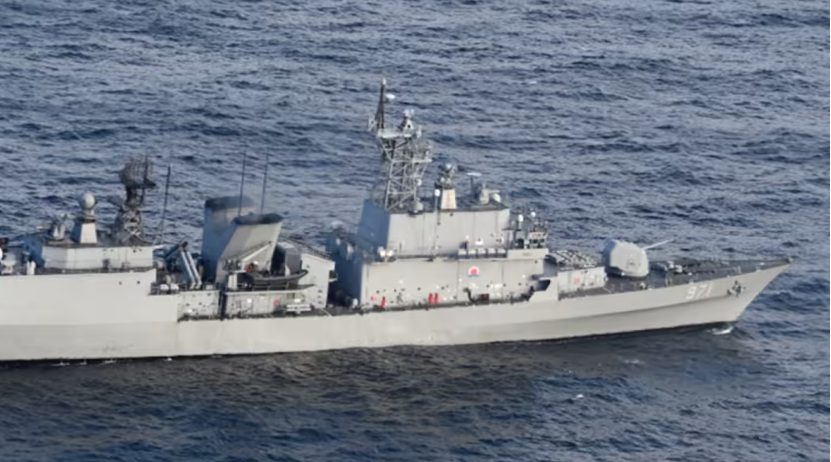 TOKYO — The name Shinzo Abe provokes complicated and emotionally charged reactions in South Korea. Abe, one of the best-known foreign politicians in the country, has been widely viewed by South Korean politicians and media as a quintessential symbol of Japan’s political right. The death of the former Japanese prime minister, who has more or less defined Tokyo’s diplomacy toward Seoul, is likely to have multifarious effects on the bilateral relationship in the coming years.

A conservative doyen close to South Korean President Yoon Suk-yeol said Abe convinced many Japanese politicians to stand firm on Japan’s positions concerning bilateral issues with South Korea. But the political heavyweight also pointed out that Abe’s nod quickly settled issues, as no other members of the ruling Liberal Democratic Party could object to his decisions.

As the LDP won a landslide victory in the July 10 upper house election, Prime Minister Fumio Kishida has acquired the political capital to tackle Japan’s strained ties with South Korea, the biggest diplomatic challenge for Tokyo at the moment.

But policymakers within the Yoon administration are concerned about the possibility that LDP lawmakers would try to carry on Abe’s legacy by taking a hard line toward Seoul, pushing the Japanese public further to the right.

Meanwhile, a legal process is moving forward toward the liquidation of Japanese corporate assets in South Korea over the issue of forced wartime labor. This is a touchy issue that has been hampering efforts to mend bilateral ties. 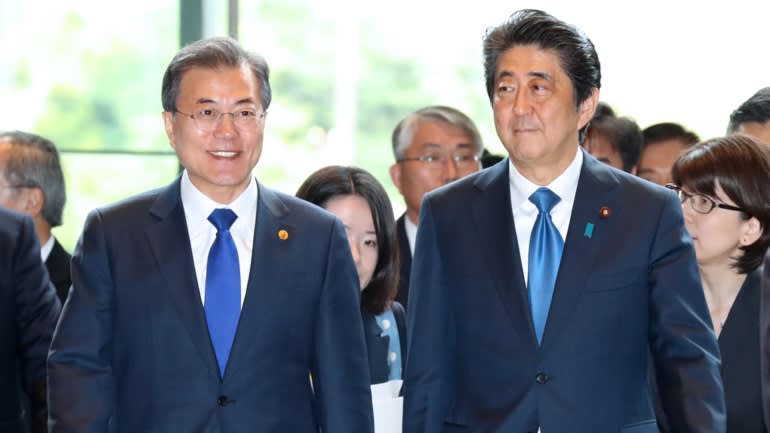 New South Korean Ambassador to Japan Yun Duk-min has said his country should not receive any money from Japan with regard to the issue. Plaintiffs in lawsuits seeking compensation from Japanese companies, however, have refused the proposal that the South Korean government pay compensation on behalf of the Japanese side.

Even if the two sides could strike a deal to settle this sticky issue, they would face an even more formidable challenge to overcome: deep mutual distrust among their defense authorities.

The sense of distrust is stronger on the Japanese side. Relations between the two armed forces deteriorated sharply after an incident in which a South Korean warship trained fire-control radar on a Japanese patrol plane over the Sea of Japan in December 2018.

Japan’s defense minister at that time, Takeshi Iwaya, strongly protested to the South Korean government, calling the act “extremely dangerous behavior that could lead to unexpected consequences.” But Seoul denied the alleged radar-locking and instead criticized the Japanese aircraft for flying dangerously low over the destroyer.

This dispute brought personnel exchanges between Japan’s Self-Defense Forces and the South Korean military to a halt. Three and a half years have passed since then, but there is no sign that the damage can be repaired anytime soon. The SDF still insists that its claim is “100% correct,” and a senior Japanese government official also said, “We cannot equivocate on the matter because it has to do with the lives of SDF personnel.”

Yoon said he will work to fix the frosty ties between the two countries. Soon after Yoon’s inauguration in May, Defense Minister Lee Jong-sup expressed his desire to “normalize” bilateral security ties through serious dialogue. The Yoon administration overturned conclusions made by the government of former President Moon Jae-in about a South Korean national who was fatally shot by the North Korean military near the disputed sea boundary between the two nations in 2020, but it has so far remained silent about the radar lock-on squabble with Japan.

Yoon is apparently cautious about revisiting the radar incident because of possible repercussions on morale within the military. A senior official of the Moon administration once said the most serious conflict between South Korea and Japan is strife between their armed forces. “This is going to drag on because the honor of both sides is at stake,” the official said.

There have been some troubling signs of a lack of communication between the two sides. South Korea and Japan have made conflicting announcements about missiles launched by North Korea with regard to their numbers and types. Many experts believe the General Security of Military Information Agreement (GSOMIA) — an intelligence-sharing pact between the two countries — is not working effectively.

When a security crisis breaks out in the Indo-Pacific region, Japan, South Korea and Australia are mostly likely the only countries with the military capabilities to offer meaningful support to U.S. forces. Washington thinks effective sharing security information between Japan and South Korea, two nations not bound by a security alliance, is crucial for effective trilateral cooperation. That is why when the Moon administration notified Japan of its intention to terminate the GSOMIA, Washington quickly dispatched many officials to dissuade Seoul from carrying out the decision. 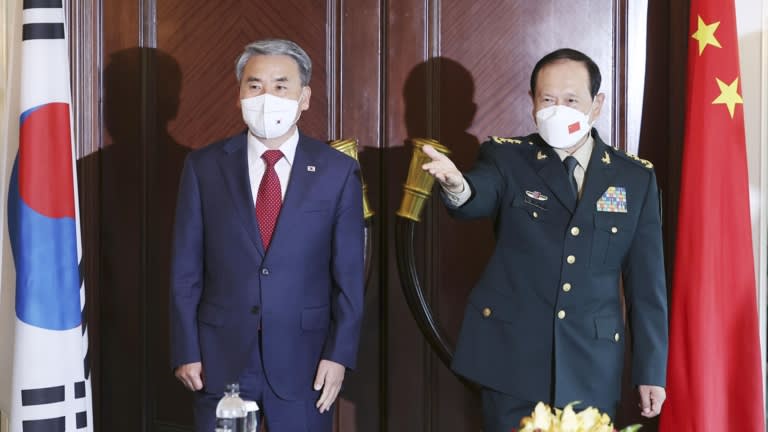 On June 11, during this year’s Shangri-La Dialogue, Asia’s premier defense summit, the defense ministers of Japan, the U.S. and South Korea held their first face-to-face meeting in about two and a half years. But the defense ministers of Japan and South Korea did not hold formal talks — although they chatted while standing — a fact that underscored the deep rift between their defense authorities.

But China and South Korea held the first meeting of their defense chiefs in nearly three years. At the meeting, Chinese Defense Minister Wei Fenghe stressed that Beijing had been working hard to help realize the denuclearization of the Korean Peninsula. Wei expressed his strong interest in expanding exchanges of defense officials as well as upgrading bilateral security cooperation.

Chinese Foreign Minister Wang Yi also held talks with his South Korean counterpart, Park Jin, at the meeting of the Group of 20 foreign ministers in early July, while Japanese Foreign Minister Yoshimasa Hayashi only had a brief conversation with Park. At the meeting with Park, Wang said South Korea is “an important neighbor” with “inseparable” ties with China. He succeeded in obtaining an agreement to hold more bilateral talks between their top foreign policy officials.

Eager to woo South Korea, Beijing has refrained from harsh criticism of Seoul over its Taiwan-related comments made in recent summits with the U.S. With its deep economic ties with China, South Korea is also loath to antagonize its powerful neighbor.

In addition, China is trying to capitalize on the soured Tokyo-Seoul relationship. If Japanese corporate assets in South Korea are put on sale in connection with the wartime labor dispute, “Chinese companies may buy them to drive a wedge between Japan and South Korea,” said a Japanese government official. On July 12, Yoon made a condolence visit to the Japanese Embassy in Seoul to pay tribute to Abe. In the condolence book, Yoon wrote, “I hope South Korea and Japan, the closest neighbors, will closely cooperate in the future.” Prior to Yoon’s visit, Park, who personally knew Abe through goodwill exchanges between lawmakers of the two countries, said, “I was hoping to seek [Abe’s] good advice on many issues.”

The Japanese government’s position is that the South Korean military should come to terms with Japan’s views on the radar lock-on incident. Some officials call for South Korean personnel with firsthand knowledge of the incident to explain what actually happened, but Seoul does not seem eager for such an arrangement.

How to resolve the dispute will be a tough challenge for the leaders of both countries. But they have to find a way to settle the row if they really want to beef up security cooperation among Japan, the U.S. and South Korea, a framework vital to counter the growing threats of China and North Korea.