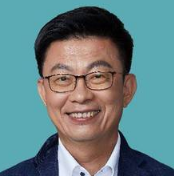 Taipei – A Taiwanese delegation of lawmakers of the ruling Democratic Progressive Party (DPP) will visit Japan on Aug. 4-10 to meet with Japanese ruling parties’ parliamentarians. Guo Guowen, chairman of Taiwan’s “East Asia parliamentary friendship association” and leader of the delegation, said in a recent interview with the Sankei Shimbun that he hopes to “propose” that Japan establish a “Taiwan Travel Act, “ like the one the United States has in place to facilitate exchanges of senior government officials with Taiwan, to strengthen Japan-Taiwan relations.

On the Japan-Taiwan ties, Guo said Japan and Taiwan “have long maintained friendly ties, and in recent years, exchanges between the ruling parties of the two sides are growing more active in addition to private exchanges.” Meanwhile, he opined that this friendship has been “in part maintained by” individuals who value the importance of Japan-Taiwan ties, such as former Taiwanese President Lee Teng-hui and former Japanese Prime Minister Abe Shinzo.

The Japan-Taiwan ties “will remain solid and stable as long as certain people exist, but lingering uncertain factors could always affect their continuity,” he said. On the passing of Abe, he expressed his appreciation for Abe’s support for Taiwan but noted that “now that Abe is gone I have some anxiety about how Japan-Taiwan ties will develop in the future.”

With regard to the recent stabilization of relations with the United States, he explained that this is largely attributable to the “Taiwan Relations Act,” which the U.S. Congress enacted after the severance of diplomatic ties with Taiwan, and the “Taiwan Travel Act,” which came into force in 2018. “These laws serve as a foundation to promote and deepen exchanges with the United States,” he said.

In particular, Guo emphasized that the Taiwan Travel Act, which is aimed at facilitating mutual exchanges between government officials ot Taiwan and the United States, provides a legal foundation to deal with China’s pressure and “removed the largest obstacle to the exchanges.” He called on Japan to introduce a “Taiwan Travel Act,” saying that “if this is realized, Japan-Taiwan ties will grow deeper and more stable.”