China and Japan duel over ‘liquid’ batteries for green energy 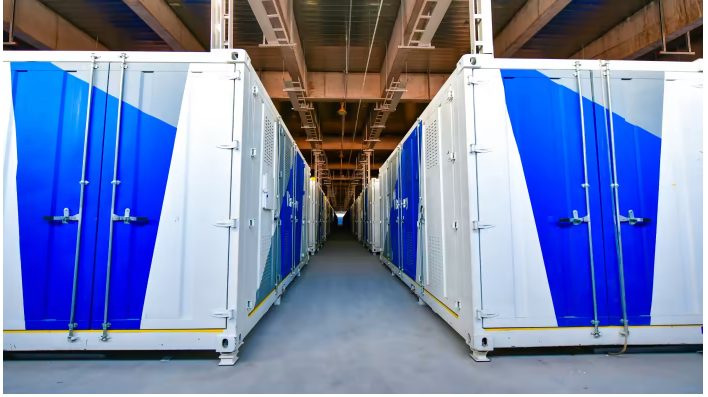 DALIAN, China/OSAKA — China’s Dalian Rongke Power is competing with Japan’s Sumitomo Electric Industries in capturing demand for a unique type of storage battery that will be crucial to expanding the use of renewable energy.

A power project in the city of Dalian began operations recently using a redox flow battery storage system developed by Rongke. The system offers a capacity of 400 megawatt-hours to contain power produced by wind turbines and other sources. Investment in the project totaled 1.9 billion yuan ($281 million).

The technology marks a radical break from conventional lithium-ion batteries. A “redox” flow battery, so named for employing chemical reduction and oxidation reactions, uses pumps to circulate electrolytes typically based on vanadium ions. The system promises better safety and a longer lifespan — a unit can last more than 20 years, while typical lithium-ion batteries last for about a decade.

Rongke has delivered a total of about 560 MWh worth of redox flow batteries as of August. An additional 400 MWh worth of storage will be added to the Dalian project.

The company, established in 2008, operates a factory in Dalian with a yearly production capacity equivalent to 1.2 gigawatt-hours, or 1,200 MWh.

“We’ll expand the annual capacity to at least 4 gigawatt-hours by the end of 2023,” said Wang Xiaoli, general manager at Rongke. An enterprise affiliated with a state-run research institute strong in batteries owns about 20% of the company.

China accounts for about 60% of global redox flow battery capacity, according to 2020 data from BloombergNEF. Rongke aims to control most of the market share in 2025, solidifying its position as the international leader.

But Sumitomo Electric Industries was the first to commercialize redox flow batteries in 2001, and the company is not ceding the field to a Chinese rival. The company delivered a 51 MWh unit to Hokkaido Electric Power this March, the biggest in Japan.

Total capacity in Sumitomo Electric’s portfolio has reached 159 MWh, including units delivered to the U.S., Taiwan and Morocco.

Though the company is not disclosing the current size of this business, “the goal is to make 10 billion yen ($74.1 million) in sales in a year by fiscal 2025,” said Toshikazu Shibata, manager in charge of redox flow technology at Sumitomo Electric.

The Japanese company plans to capture the growing demand with miniature versions of redox flow batteries. Sumitomo Electric has developed a 100 kilowatt-hour model and is marketing the battery to clients such as small businesses and plants, convenience stores and retirement homes.

A redox flow unit for a power plant often takes up more than 10 meters on a side at the base, and it needs dedicated buildings and space. Sumitomo Electric has not disclosed the dimensions or cost of its mini units, but they will be small enough to be placed in parking lots. 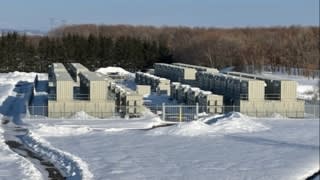 The global market for stationary battery storage units will reach 3.44 trillion yen by 2035, Tokyo-based research firm Fuji Keizai projects, or 140% the scale in 2021.

Yano Research Institute, also based in Tokyo, estimates that redox flow units will occupy 22% of the global next-generation battery market in 2030, trailing only solid-state lithium-ion batteries at 45% and organic rechargeable batteries at 24%, which do not use rare metals.

Chinese companies possess an edge in the redox flow battery race since they have ready access to supplies of vanadium, a rare metal. China was responsible for 66% of vanadium output last year, according to the U.S. Geological Survey.

A domestic rival of Rongke, Liaoning Grepalofu New Energy, broke ground in July on a redox flow battery plant that received an investment of 1 billion yuan. VRB Energy, based in Beijing, has delivered 70 MWh so far.

Chinese players hold top spots in producing solar panels and electric vehicle batteries thanks to their scales of production and cost competitiveness.

There are 50 to 70 manufacturers of redox flow batteries worldwide, but “a large number of Chinese enterprises will join, and the competition will likely heat up,” said Masato Yoshida of the Institute of Energy Economics, Japan.

Rising costs add to the challenge. For a unit that takes eight hours to recharge, the cost per kilowatt-hour approaches that of a lithium-ion battery. But the sheer size of a redox flow battery unit makes the bill that much higher. A potential supply crunch for vanadium also may push costs higher.