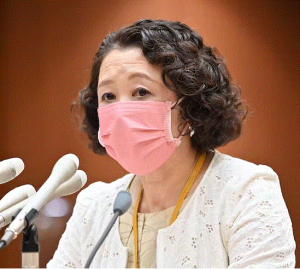 The Japanese Trade Union Confederation (Rengo), a national center of trade unions, on Sept. 15 released a review of the Upper House election held in July. The labor group wrote that it aims to “bring together and expand the political forces that can take over the reins of the government” by cooperating with the Constitutional Democratic Party of Japan (CDPJ) and the Democratic Party for the People (DPFP), both of which it supports.

At a press conference on Sept. 15, President Yoshino Tomoko said, “Over the next year we’d like to discuss how a new campaign should be, including political relationships, amid changing times.” (Abridged)