NEW YORK — The U.S. is not interested in decoupling its economy from China’s but only in ensuring fair competition between the countries’ businesses, Jose Fernandez, a senior state department official, told Nikkei.

“We would welcome competition that’s on a level playing field, where you don’t have unfair subsidies, where you have no violations of human rights, where you have full respect for intellectual property rights,” said Fernandez, who serves as the undersecretary of state for economic growth, energy, and the environment.

“We just want [U.S. companies] to have a fair shot,” Fernandez said. “We are sure that if our companies play on a level playing field, we will get our share of projects and wins.”

The Biden administration has imposed tougher restrictions on exports to, and investment from, China in the tech sector. When asked whether it was inevitable for the U.S. and Chinese economies to decouple, Fernandez said, “We are not advocating — you won’t hear anybody advocate — a decoupling of our economies.”

Ministers from the countries participating the Indo-Pacific Economic Framework met in Los Angeles in early September, where they laid out negotiating objectives for the U.S.-led trade initiative. Asian partners want the U.S. to be active there “because if we retreat commercially from the region, others will step in and they will set the rules,” Fernandez said, in an indirect reference to China.

“We believe that the postwar economic order has been good for the world’s economy, including for China,” he said, signaling the U.S. commitment to existing trade and economic norms. 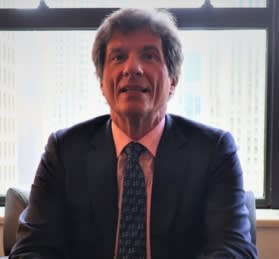 Jose Fernandez serves as the undersecretary of state for economic growth, energy, and the environment. (Photo by Ryo Nakamura)

Biden is considering a meeting with Chinese President XI Jinping on the sidelines of the Group of 20 summit in November in Indonesia.

“We talk to our competitors all the time,” Fernandez said, but declined to comment on the desired outcome of the meeting.

In terms of the war in Ukraine, Fernandez said the U.S. will continue to engage with the international community to bolster sanctions against Russia.

“We will continue to talk to countries all around the world about the reasons why it’s important that we make sure — for the future of our children, for the future of our grandchildren — that [Russian President Vladimir] Putin’s war of aggression in violation of international law” and basic human rights “is not rewarded,” he said.

On Friday, Indian Prime Minister Narendra Modi told Putin in Uzbekistan that “today’s era is not an era of war.” The U.S. looks to cooperate on sanctions more closely with India, which so far has maintained a relatively neutral stance on Russia’s invasion of Ukraine, and has been increasing imports of Russian oil.

“They obviously have their own needs, but we don’t doubt their support” in opposing Russia, Fernandez said.

“If you wanted to look at a bright side of the tragedy,” it is how the solidarity between the U.S. and Japan “has really been solidified as a result of the invasion,” he said.