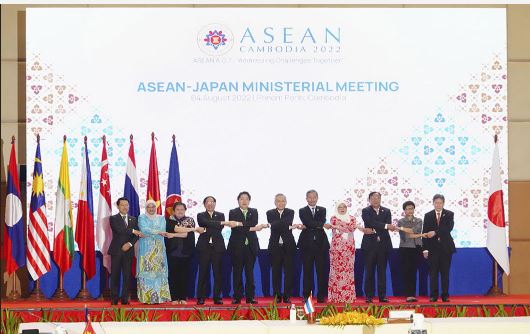 Japan, ASEAN vow to cooperate in maritime security in Indo-Pacific

PHNOMPENH – Foreign ministers from Japan and the Association of Southeast Asian Nations on Thursday pledged to cooperate in promoting maritime security in the Indo-Pacific in a veiled counter to China’s muscle-flexing in regional waters.   In a meeting with his ASEAN counterparts in Phnom Penh, Foreign Minister Yoshimasa Hayashi voiced “strong opposition” to any attempt to unilaterally change the status quo by force in the East and South China END_OF_DOCUMENT_TOKEN_TO_BE_REPLACED 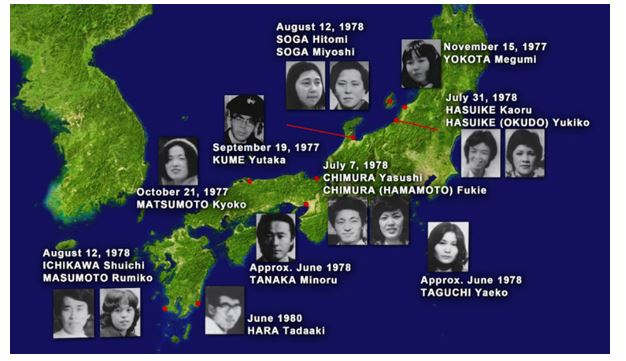 Much of North Korean diplomacy seems to be done ad-hoc. “It is person-based,” said Swedish Ambassador Jonas Michael Wendel in an online symposium in the UN. Can new insights from the international community help bring the abductees home?   It’s been two decades since North Korea admitted the abductions of Japanese citizens and small steps of progress were taken. Since END_OF_DOCUMENT_TOKEN_TO_BE_REPLACED

All national papers except Asahi highlighted House Speaker Pelosi’s arrival at Yokota AB last night, saying that she will depart Japan for the United States this afternoon following meetings with Prime Minister Kishida and House Speaker Hosoda. The dailies said Japan is the last stop on her four-nation-plus-Taiwan tour. The websites of Jiji and Nikkei posted color photos showing Ambassador END_OF_DOCUMENT_TOKEN_TO_BE_REPLACED

South Korean leader elects not to greet Pelosi in person

All national papers reported that South Korean President Yoon spoke by phone with visiting House Speaker Pelosi on Thursday afternoon, saying that although the presidential office attributed the lack of an in-person session to Yoon’s being on vacation, speculation was rife that the ROK leader avoided meeting face-to-face with the U.S. visitor out of deference to China. During the teleconference, END_OF_DOCUMENT_TOKEN_TO_BE_REPLACED

All national dailies wrote that Chinese Foreign Minister Wang denounced House Speaker Pelosi’s visit to Taiwan by saying: “The United States was the one that staged provocations, triggered a crisis, and escalated tensions.” Mainichi reported on a virtual press conference by Chinese Ambassador to Japan Kong Xuanyou on Thursday, during which he condemned Pelosi for becoming the “largest destroyer” of END_OF_DOCUMENT_TOKEN_TO_BE_REPLACED

All national dailies reported that Foreign Minister Hayashi and his ROK counterpart Park held talks in Phnom Penh yesterday and agreed to expedite discussions to resolve the outstanding history issues with the goal of achieving mutual reconciliation at an early date. The Japanese official reportedly protested the maritime research and military drills conducted by the South Korean military near the END_OF_DOCUMENT_TOKEN_TO_BE_REPLACED

All national papers reported extensively on the multiple military exercises that the PLA commenced yesterday in waters off Taiwan in response to House Speaker Pelosi’s visit to the self-governing territory on Wednesday, saying that according to the GOJ, nine ballistic missiles were test-launched from three locations on the mainland into the waters east of Taiwan and that five of them END_OF_DOCUMENT_TOKEN_TO_BE_REPLACED

Asahi took up remarks made during an LDP meeting on Thursday by former Vice Speaker of the House Eto Seishiro, who said: “South Korea is Japan’s brother. Frankly speaking, Japan is the older brother.” He reportedly went on to say: “We should build bilateral relations based on the belief that Japan will take care of and guide South Korea.” Asked END_OF_DOCUMENT_TOKEN_TO_BE_REPLACED

NHK and regional Chugoku Shimbun reported that Russian Ambassador to Japan Galuzin visited Hiroshima Peace Memorial Park today and offered a wreath of flowers to the victims of the atomic bombing. On the municipal government’s decision not to invite Russian representatives to attend the annual peace ceremony on Aug. 6 on account of the invasion of Ukraine, the Russian diplomat END_OF_DOCUMENT_TOKEN_TO_BE_REPLACED