Satoshi Ikeuchi and Gedaliah Afterman   Satoshi Ikeuchi is professor of religion and global security at the Research Center for Advanced Science and Technology at the University of Tokyo. Dr. Gedaliah Afterman is head of the Asia Policy Program at the Abba Eban Institute for International Diplomacy at Rechiman University (IDC Herzliya).   With the world facing increasing instability and tensions END_OF_DOCUMENT_TOKEN_TO_BE_REPLACED 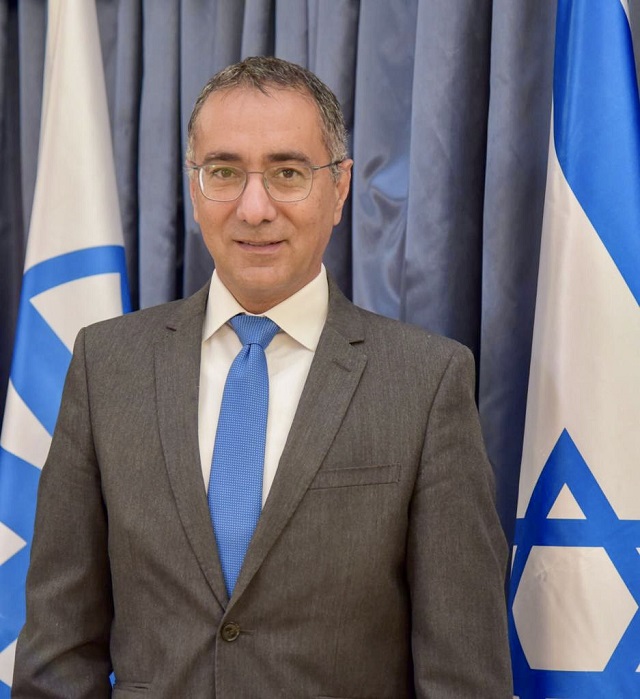 Israeli Ambassador to Japan Gilad Cohen contributed the following article to the Yomiuri Shimbun on the occasion of the 70th anniversary of diplomatic relations between Japan and Israel. In the article, he expresses his hope that Japan will join the new economic partnership between Israel and the Gulf states in addition to strengthening bilateral cooperation in cyber and other high-tech END_OF_DOCUMENT_TOKEN_TO_BE_REPLACED

On Jan. 25, the Ministry of Foreign Affairs (MOFA) announced that Japanese Ambassador to Afghanistan Okada Takashi visited Kabul on Jan. 17-24 (local time). Afghanistan is under the control of the Taliban. According to the MOFA announcement, Okada met with senior members of the Taliban while in Kabul.   This was the first time Okada entered Kabul since November 2021. END_OF_DOCUMENT_TOKEN_TO_BE_REPLACED

Japan’s diplomatic documents worked out three decades ago during the Persian Gulf crisis, triggered by Iraq’s invasion of Kuwait in the year after the Cold War ended, were recently declassified and released.   We should closely study the thoughts and actions of politicians and diplomats during that turbulent period, which became a turning point for Japan’s diplomacy.   We should END_OF_DOCUMENT_TOKEN_TO_BE_REPLACED 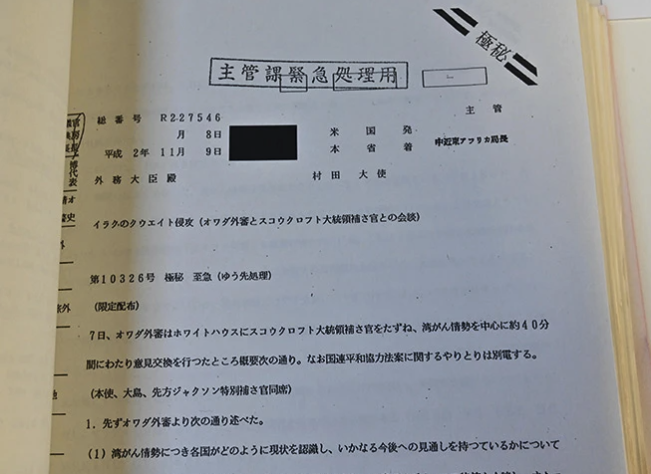 As former Prime Minister Yasuhiro Nakasone headed on a high-profile mission to Iraq in early November 1990 seeking the release of Japanese hostages, a secret diplomatic mission was also starting.   Prime Minister Toshiki Kaifu enlisted Deputy Foreign Minister Hisashi Owada to “have in-depth discussions with other countries” about their views on an international coalition to drive Iraq out of END_OF_DOCUMENT_TOKEN_TO_BE_REPLACED

Tokyo, Dec. 24 (Jiji Press)–The Japanese government decided Friday to withdraw a Maritime Self-Defense Force destroyer engaged in intelligence-gathering activities the Middle East to ensure the safe navigation of Japanese vessels.   The government aims to ease the burden on MSDF members as Japan is alert to issues including China’s behavior around Nansei islands in southwestern Japan.     The destroyer dispatch started in February last year based on a request from the United END_OF_DOCUMENT_TOKEN_TO_BE_REPLACED 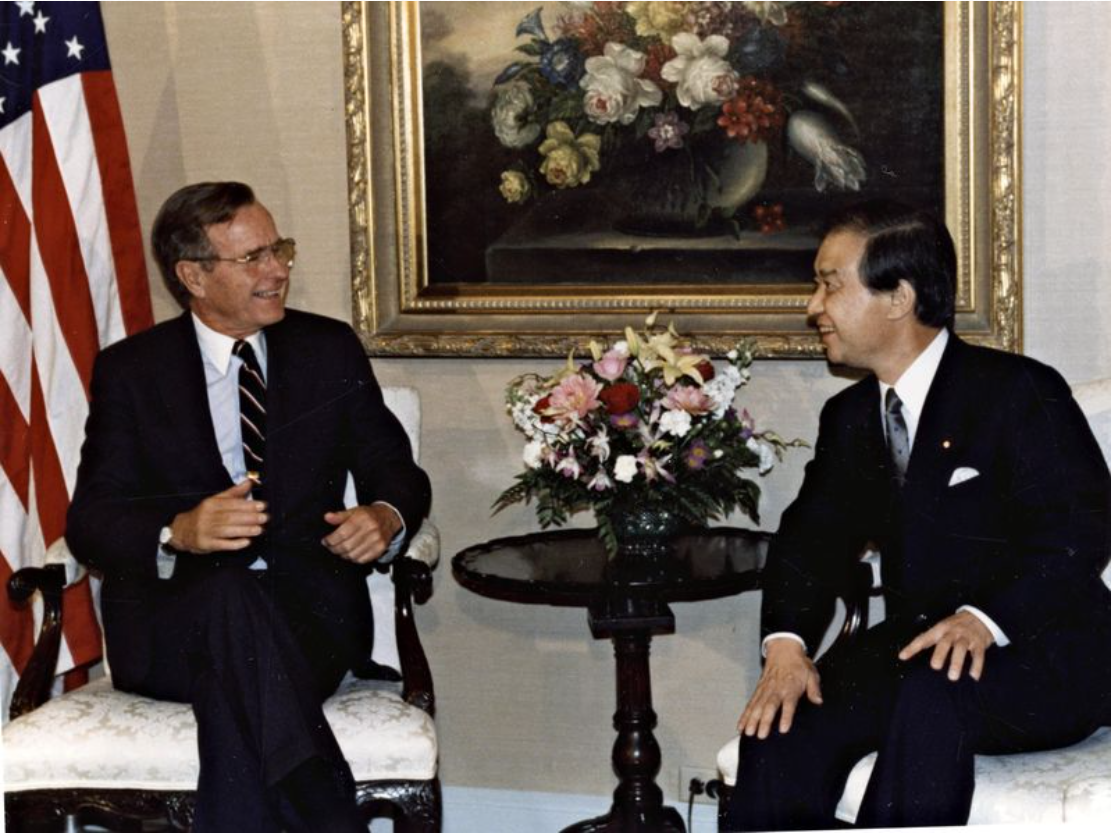 In the wake of the Persian Gulf crisis that began in August 1990, then U.S. President George Bush in effect demanded then Prime Minister Toshiki Kaifu to dispatch the Self-Defense Forces, according to diplomatic documents declassified Wednesday.   The documents show Japan was in a difficult position to respond to the international community’s moves prior to the outbreak of the END_OF_DOCUMENT_TOKEN_TO_BE_REPLACED 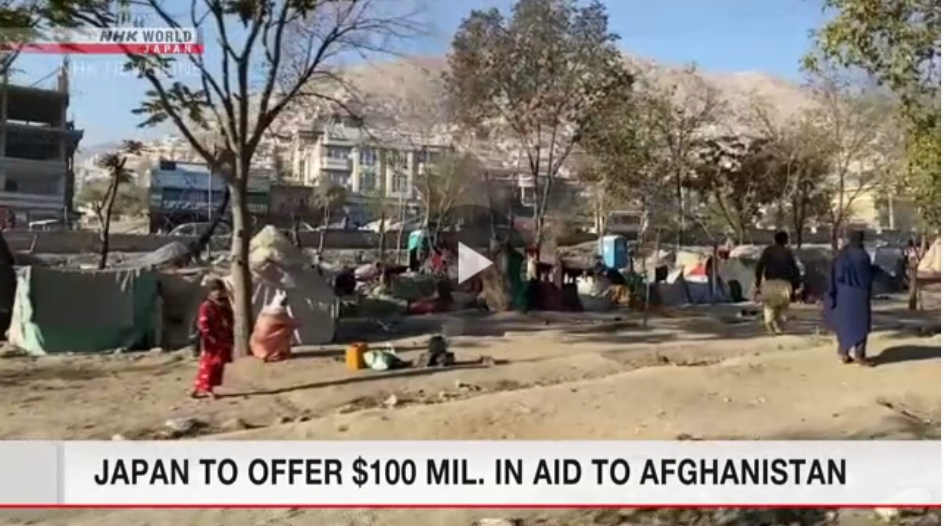 The Japanese government has decided to offer a fresh aid package to Afghanistan worth about 100 million dollars.   More than four months after the Taliban Islamist group took control of the country, the economy is in turmoil. Sixty percent of the population does not have sufficient food. Afghans are also facing drought, poverty and the effects of the COVID-19 END_OF_DOCUMENT_TOKEN_TO_BE_REPLACED