Nikkei and Asahi wrote that Prime Minister Kishida said at a Lower House Budget Committee session on Monday that he will consider revising the SDF law to improve Japan’s rescue operations overseas following the SDF operation in Afghanistan in August that was aimed at evacuating around 500 people wishing to leave Afghanistan, including local citizens who worked for the Japanese END_OF_DOCUMENT_TOKEN_TO_BE_REPLACED

Afghan evacuees to be allowed into Japan despite COVID border rules

TOKYO – Afghan staff of Japanese organizations who wish to evacuate from Afghanistan will be granted special permission to enter Japan in an exemption from current COVID-19 border restrictions, government sources said Wednesday.   The decision, which applies to staff at the now-closed Japanese Embassy in Kabul and workers of the Japan International Cooperation Agency as well as their families, END_OF_DOCUMENT_TOKEN_TO_BE_REPLACED

Tokyo, Dec. 3 (Jiji Press)–Kenji Wakamiya, Japanese minister for the 2025 World Exposition in the western Japan city of Osaka, on Friday announced the cancellation of his plan to visit the United Arab Emirates for upcoming “Japan Day” during the ongoing Dubai Expo.   He made the decision as the omicron variant of the novel coronavirus is starting to spread END_OF_DOCUMENT_TOKEN_TO_BE_REPLACED

Yomiuri and Mainichi wrote that Foreign Minister Hayashi spoke by phone with his Iranian counterpart Hossein Amir Abdollahian for about 35 minutes on Thursday. The two officials exchanged views about Iran’s indirect talks with the United States on the Iran nuclear deal and agreed to maintain close communications. According to a briefing by the Foreign Ministry, Hayashi urged Iran to return to the nuclear accord soon and address END_OF_DOCUMENT_TOKEN_TO_BE_REPLACED

Mainichi reported on the disclosure by a GOJ source that the current deployment of an MSDF destroyer to escort Japanese commercial vessels in the Middle East will be terminated by the end of this month so the warship can be called home to counter China’s robust naval operations around Japan.

The government plans to reduce the number of Self-Defense Forces escort ships deployed to waters in the Middle East to one from two in an effort to consolidate SDF operations. The currently deployed ship will wrap up its information-gathering activities there at the end of December. Instead of extending this deployment, the government will task an escort ship that is END_OF_DOCUMENT_TOKEN_TO_BE_REPLACED 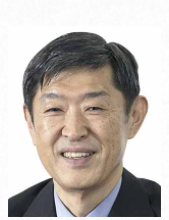 In April this year, the United States announced it would soon withdraw its troops from Afghanistan. Instantly upon hearing this, I had three concerns.

TOKYO – The Japanese government on Friday named veteran diplomat Jota Yamamoto as its new ambassador to Oman, effective next Thursday.   Yamamoto, 61, joined the Foreign Ministry in 1982 and worked at the Japanese Embassy in Pakistan and a consulate general in Houston in the U.S. state of Texas before becoming ambassador to Finland in March 2016.

Sankei wrote that over 100 Afghans who used to work for the Japanese Embassy in Kabul and other Japanese entities along with their relatives are still unable to leave the country for Japan due in part to delays in issuing passports for them by the Taliban government. The daily said the GOJ is set to continue efforts to bring these Afghans to Japan [in cooperation with Qatar. Chief Cabinet Secretary Matsuno reportedly told the press yesterday: “It goes without saying END_OF_DOCUMENT_TOKEN_TO_BE_REPLACED

Mainichi, Yomiuri, and Sankei wrote that the GOJ decided at a Cabinet meeting on Tuesday to extend the SDF’s anti-piracy mission in the Gulf of Aden north of Somalia by one year until Nov. 19, 2022. Japan began the anti-piracy mission in 2009 and continues to deploy a destroyer and two patrol planes there. The GOJ also decided to extend by one year END_OF_DOCUMENT_TOKEN_TO_BE_REPLACED