Sunday’s Yomiuri took up the results of its survey of victims of the atomic bombing in Hiroshima that showed some 70% of survivors expressed hope that President Obama will travel to nuclear ground zero.

Several Saturday papers took up GOJ officials’ negative reactions to Donald Trump’s latest remarks demanding that Tokyo pay all the expenses for maintaining the U.S. military presence in Japan. The comments by unnamed GOJ officials included: “He does not comprehend the benefits brought to the U.S. by stationing its troops in Japan,” “Mr. Trump may be trying to start from END_OF_DOCUMENT_TOKEN_TO_BE_REPLACED

Abe says Japan will strive to strengthen Japan-U.S. alliance with next U.S. administration

In connection with the U.S. presidential election, Prime Minister Shinzo Abe told the press corps in London on the afternoon of May 5 (the night of May 5, Japan time): “Whoever becomes the president, the role of the Japan-U.S. alliance will become increasingly important.

Asahi and several other papers reported online that during an interview with CNN on Wednesday, Donald Trump said that Japan, South Korea, and other U.S. allies should shoulder all the expenses for maintaining the U.S. military facilities in their countries. He added that if he is elected president, he might consider withdrawing U.S. military forces from Japan and urging Tokyo END_OF_DOCUMENT_TOKEN_TO_BE_REPLACED

Amy Tsujimoto is a Japanese-American journalist who closely follows the story of former service members exposed to radiation at the time of Fukushima nuclear accident including those on board the “Ronald Reagan.” She herself is a second-generation hibakusha [child of a parent who survived an atomic bombing]. “They are nameless service members who did their very best to help Japan END_OF_DOCUMENT_TOKEN_TO_BE_REPLACED

By Meiji University Associate Professor Satoshi Fujita   President Barack Obama will reportedly visit Hiroshima during the G7 Ise-Shima Summit in late May after Secretary of State John Kerry made his recent visit. If the visit indeed materializes, it will be the first visit by an incumbent U.S. president to the atomic bombed city. Why has this become possible? Obama’s END_OF_DOCUMENT_TOKEN_TO_BE_REPLACED

Yomiuri wrote that in view of the strong likelihood that Donald Trump will become the Republican presidential candidate, the GOJ and the ruling coalition are becoming increasingly concerned about the possibility of the U.S. calling on Japan to review their bilateral security treaty and shoulder more of the cost of stationing U.S. forces if Donald Trump becomes the U.S. President. END_OF_DOCUMENT_TOKEN_TO_BE_REPLACED

First Lady will not accompany President Obama to Japan

Yomiuri and Nikkei wrote that White House Press Secretary Earnest told reporters on Tuesday that Mrs. Obama is not planning to accompany President Obama on his trip to Japan. 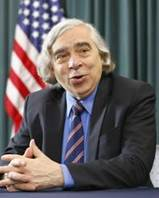 Nikkei ran in its international news section on page 5 an interview with Energy Secretary Ernest Moniz conducted in Tokyo on Tuesday, saying that he told the paper that the U.S. has begun shipments of liquefied natural gas to Latin America, Europe, and Asia. The paper wrote that the emergence of a new LNG exporter will help revitalize the LNG END_OF_DOCUMENT_TOKEN_TO_BE_REPLACED

Asahi and most other papers reported on press remarks on Monday by White House Press Secretary Earnest, during which he commented on the possibility of President Obama visiting Hiroshima in May by saying that the itinerary for the President’s trip to Japan has not yet been finalized. When asked whether the President should offer an apology for the bombing of END_OF_DOCUMENT_TOKEN_TO_BE_REPLACED