The Saturday editions of all national dailies projected that Prime Minister Kishida will reshuffle the cabinet and LDP leadership lineup on Aug. 10 instead of in late August or early September as initially expected in view of rising public criticism of the administration and the LDP. Public support has dropped in recent public opinion polls due to skyrocketing inflation, the END_OF_DOCUMENT_TOKEN_TO_BE_REPLACED

Sunday’s Sankei front-paged the disclosure by multiple GOJ sources that the Kishida administration is reportedly mulling inviting some 6,000 people, including foreign government officials, to attend the state funeral for former Prime Minister Abe to be held at the Nippon Budokan on Sept. 27. However, a final decision on the number of guests probably will not be made until the END_OF_DOCUMENT_TOKEN_TO_BE_REPLACED

All national papers wrote over the weekend that the premier is worried about intense media scrutiny of the connections between the LDP and the Unification Church, projecting that since Defense Minister Kishi and Education Minister Suematsu have acknowledged their dealings with the controversial religious group in the past, they may not be kept in their current posts when the cabinet END_OF_DOCUMENT_TOKEN_TO_BE_REPLACED 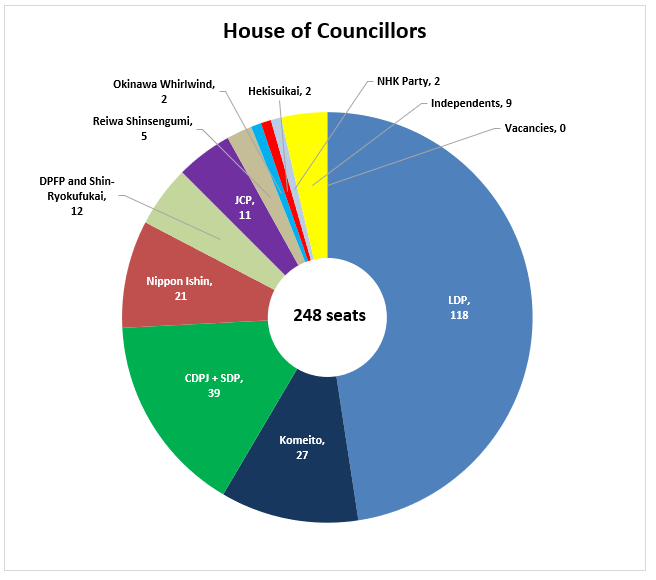 Tokyo, Aug. 5 (Jiji Press)–A three-day extraordinary session of the Diet, Japan’s parliament, came to a close on Friday afternoon.   Visiting U.S. House Speaker Nancy Pelosi sat in on the day’s plenary meeting of the House of Representatives, the lower Diet chamber.   No deliberations of bills were held during the extraordinary Diet session. A Diet speech mourning slain END_OF_DOCUMENT_TOKEN_TO_BE_REPLACED

It is proper to spend large budgets on important measures, but the limitless ballooning of national finances must be avoided. Ministries and agencies need to scrutinize whether projects are really necessary from the budget request stage.   At a Cabinet meeting, the government has decided on budget request guidelines that will serve as the general framework for each ministry and END_OF_DOCUMENT_TOKEN_TO_BE_REPLACED 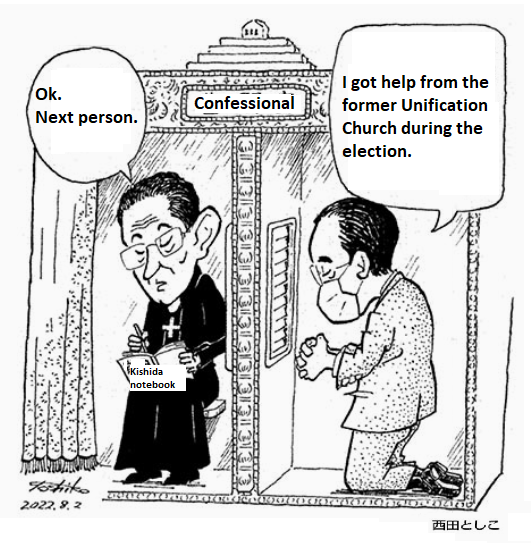 Cartoon: The LDP should investigate itself