Sankei wrote that a total of ten fighters from the ASDF and USAF conducted a joint drill over waters off Okinawa on Tuesday with the aim of upgrading their joint operational capabilities. The two militaries undertook similar training in the same area on Aug. 4.

Nikkei reported that the official campaign period for the Okinawa gubernatorial race will begin on Aug. 25, saying that two candidates are expected to challenge incumbent Governor Tamaki’s reelection bid in the election on Sept. 11. Former Ginowan Mayor Sakima, who is backed by the LDP and Komeito party, and former Lower House member Shimoji have already announced their bids END_OF_DOCUMENT_TOKEN_TO_BE_REPLACED

Okinawa Times front-paged a report by special correspondent Jon Mitchell saying that concerning the detection of high levels of PFAS near Kadena AB in January 2016, the U.S. military had acknowledged that Kadena AB was highly likely to be the source. The paper said it learned this from internal U.S. military emails it obtained through the FOIA. The daily claimed END_OF_DOCUMENT_TOKEN_TO_BE_REPLACED

Ryukyu Shimpo gave top play to a report on the finding on Tuesday that the residents of Henoko, Nago, are planning to file a new lawsuit with the Naha District Court as early as this month to question the legality of the central government’s approach to the construction of the Futenma relocation facility in light of the Okinawa Defense Bureau’s END_OF_DOCUMENT_TOKEN_TO_BE_REPLACED

Ryukyu Shimpo and Okinawa Times reported that former Ginowan Mayor Sakima, who has announced his intention to run in the Okinawa gubernatorial election on Sept. 11, outlined his campaign platform at a Naha hotel on Tuesday. He reportedly stressed the need to rebuild the local economy that has been hit hard by the spread of COVID-19 and to provide support END_OF_DOCUMENT_TOKEN_TO_BE_REPLACED

On Aug. 7, the Naha Police separately arrested a 22-year-old Marine corporal affiliated with the U.S. military’s Camp Kinser and a 26-year-old Marine corporal stationed at the U.S. military’s Camp Schwab on suspicion of violating the Road Traffic Act (driving under the influence of alcohol) for driving while under the influence of alcohol. The suspects are denying the charges by END_OF_DOCUMENT_TOKEN_TO_BE_REPLACED 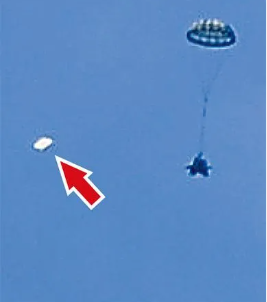 The Saturday editions of Okinawa Times and Ryukyu Shimpo gave top play to a news conference held by former Ginowan Mayor Sakima Atsushi on Friday, during which he expressed his intention to run in the gubernatorial election on Sept. 11 and support for the ongoing construction of the Futenma Replacement Facility. Sakima reportedly stressed that he supports the Henoko project END_OF_DOCUMENT_TOKEN_TO_BE_REPLACED

Saturday’s Okinawa Times reported on Ukrainian Ambassador Korsunsky’s visit to Okinawa and meeting with Governor Tamaki on Friday. During the meeting, the Ukrainian envoy expressed his nation’s gratitude to Okinawa for hosting Ukrainian evacuees. Korsunsky also reportedly asked the prefecture to provide rehabilitation treatment for Ukrainian soldiers and civilians injured in the war. In a related story, the paper wrote END_OF_DOCUMENT_TOKEN_TO_BE_REPLACED

Okinawa Times and Ryukyu Shimpo reported on Governor Tamaki’s remarks to the press on the ballistic missiles that China fired on Thursday, some of which splashed down near the islands of Hateruma and Yonaguni in Okinawa. The papers quoted the governor as saying that the event must not provoke a contest for leadership between the United States and China and END_OF_DOCUMENT_TOKEN_TO_BE_REPLACED