Monday marks one year since security-related legislation was enacted.   At a time when the security situation in Asia is becoming more unstable, we hope the proper application of these security-related laws will strengthen the Japan-U.S. alliance and make Japan’s security more certain.   North Korea is repeatedly conducting nuclear tests and ballistic missile launches. China is continuing its self-righteous END_OF_DOCUMENT_TOKEN_TO_BE_REPLACED

At a press conference on Sept. 15, General Toshiya Okabe, chief of staff of the Japan Ground Self-Defense Forces (GSDF), indicated that training has been beefed up for new missions to be assigned under the security-related legislation. The new missions include joint protection of billeting and rescue missions [kaketsuke-keigo]. General Okabe said, “Troops are engaging in drills and other training.” END_OF_DOCUMENT_TOKEN_TO_BE_REPLACED

Commentary: Japan can only rely on U.S. due to inability to attack DPRK military bases

Sankei wrote that in yesterday’s remarks delivered to high-ranking SDF officials at the Defense Ministry, PM Abe criticized the absence of females among the top brass. “The highest hurdle is the organization’s deep-seated, male-centered work style,” he said. “This must be changed completely.” Pointing out that there are many female generals and admirals in the U.S. and European militaries, Abe END_OF_DOCUMENT_TOKEN_TO_BE_REPLACED 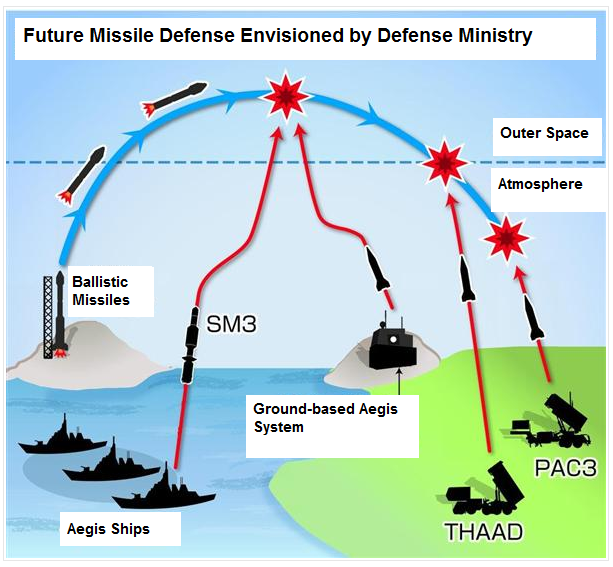 U.S.-Japan joint command post exercise to be held this winter

Saturday morning’s Mainichi wrote that the GSDF plans to hold a joint command post exercise called Yamasakura with the U.S. Army and Marine Corps from Nov. 30 through Dec. 13 in Kumamoto Prefecture. The paper projected that the exercise will probably reflect the greater security role that the SDF is expected to play under the new security legislation. 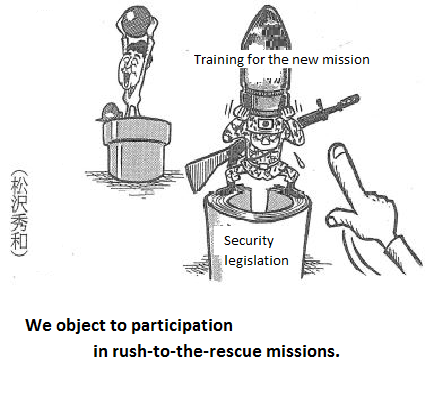 Several papers reported on a GSDF exercise held in Shizuoka yesterday, noting that some 27,000 people, including Defense Minister Inada, observed the event, which was opened to the public and the media. One of simulated drills involved an integrated operation by the three SDF branches to recapture a remote island occupied by an enemy. According to Tokyo Shimbun, although unlike END_OF_DOCUMENT_TOKEN_TO_BE_REPLACED