Nikkei reported that according to analysis conducted by the daily in collaboration with a University of Tokyo research lab of Japanese messages on the war in Ukraine that have been circulating in cyberspace, almost 90% of the users posting messages in favor of Russian President Putin’s narrative that Ukraine is run by neo-Nazis also posted misleading or erroneous tweets, blog END_OF_DOCUMENT_TOKEN_TO_BE_REPLACED

Local gov’t leaders in Japan question use of social media

Tokyo, May 16 (Jiji Press)–Leaders of some local governments in Japan have questioned the use of social media, seen as very effective for sending out information but with the potential to attract false accusations from anonymous users.     “I’ve been worried about posts that were false or distorted. I can’t do this anymore,” Kobe Mayor Kizo Hisamoto said in a END_OF_DOCUMENT_TOKEN_TO_BE_REPLACED

About 90% of accounts that retweeted pro-Russian, anti-Ukraine messages, such as “the Ukraine government is neo-Nazi,” on the Japanese version of Twitter were found to have earlier retweeted posts opposing the COVID-19 vaccine, a data analysis conducted by Toriumi Fujio, a professor at the University of Tokyo’s graduate school, has found. The results indicate that there is strong correlation between END_OF_DOCUMENT_TOKEN_TO_BE_REPLACED 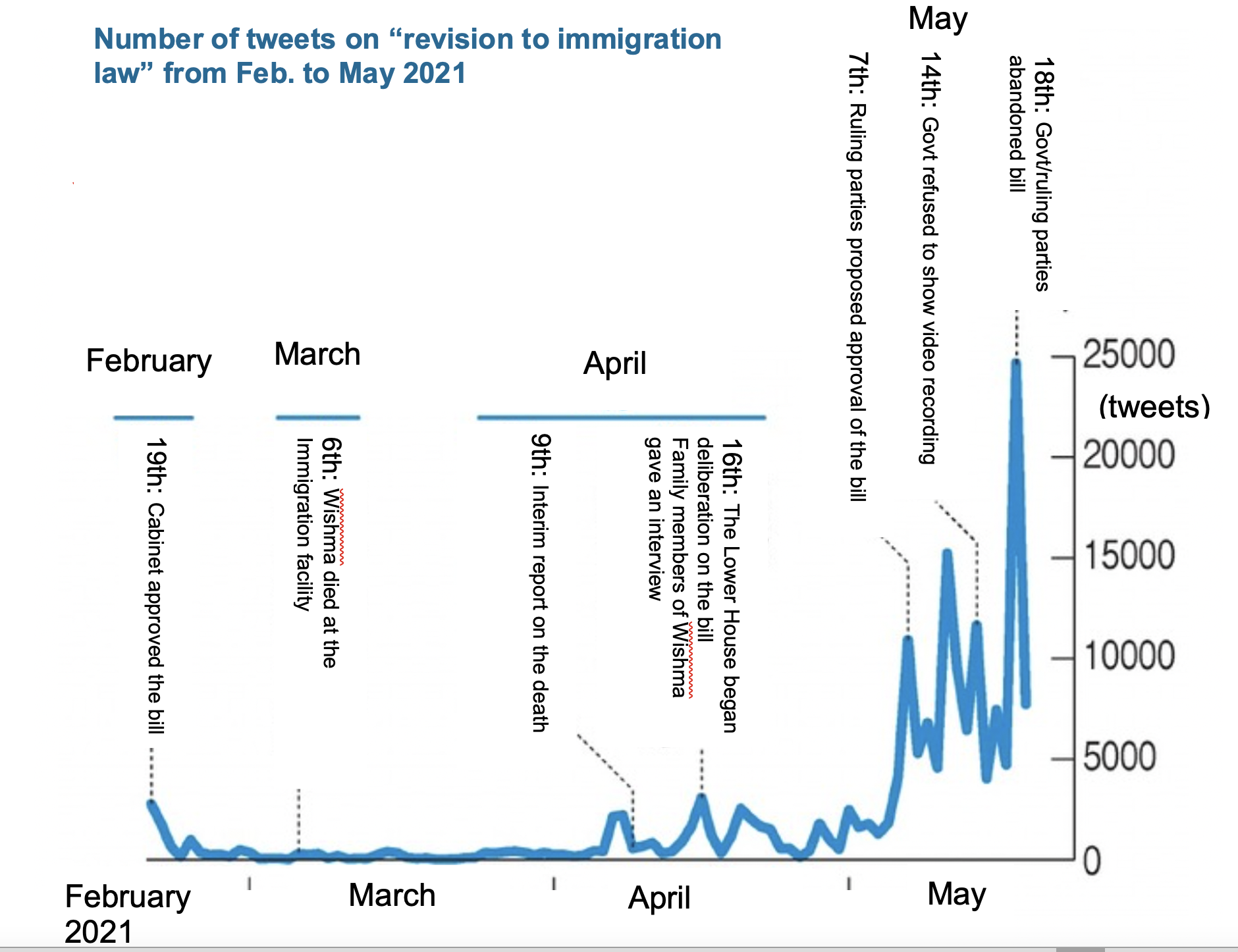 The people’s “voice” on social media could give them the power to change political outcomes.   Last year, a bill to revise the Immigration Law was scrapped because of a public backlash against it. The Asahi Shimbun analyzed tweets on the bill to examine the impact of the people’s voice on politics.   Since the ruling parties achieved a stable END_OF_DOCUMENT_TOKEN_TO_BE_REPLACED

By Komiyama Ryoma, staff writer   Conservatives’ political messages on social media reach neutral voters better than those of their liberal counterparts through plain emotional expressions and friendlier interactions, according to a survey.   A team of researchers from the Toyohashi University of Technology, the University of Tokyo and the City University of Hong Kong found that supporters of Shinzo END_OF_DOCUMENT_TOKEN_TO_BE_REPLACED

Favorable tweets outnumber negative ones after the opening of Olympics

Change in people’s reactions to the Olympics before and after the opening of the Games is becoming evident. A recent analysis of messages posted to Twitter shows that there are more favorable than unfavorable responses after the Games opened on July 23, despite the fact that negative messages, such as criticism of the spate of scandals and concern about a END_OF_DOCUMENT_TOKEN_TO_BE_REPLACED

Tokyo, March 19 (Jiji Press)–Japan’s Personal Information Protection Commission said Friday that it will consider legal action against messaging app provider Line Corp., whose user data were left accessible at a Chinese affiliate.     The government commission said it has demanded that Line and its parent, Z Holdings Corp. <4689>, submit reports on the issue under the personal information protection END_OF_DOCUMENT_TOKEN_TO_BE_REPLACED

By Yoko Masuda, staff writer   To compete with U.S. and Chinese information technology giants, the parent company of Yahoo Japan Corp. integrated its business with messaging app operator Line Corp. on March 1 to become Japan’s mega-digital “platformer.”   The company created by the integration of Line and Z Holdings Corp., which is owned by Softbank Corp., operator of END_OF_DOCUMENT_TOKEN_TO_BE_REPLACED

Monday’s Nikkei, Yomiuri, and Sankei wrote that the number of Minister in Charge of Administrative Reform Kono’s Twitter followers reached 2,263,000 on Sunday, exceeding former Prime Minister Abe’s 2,261,000. As a result, Kono became the Japanese Diet member with the largest number of Twitter followers. Noting that Kono’s followers surged after Jan. 18 when he took on the responsibility of END_OF_DOCUMENT_TOKEN_TO_BE_REPLACED