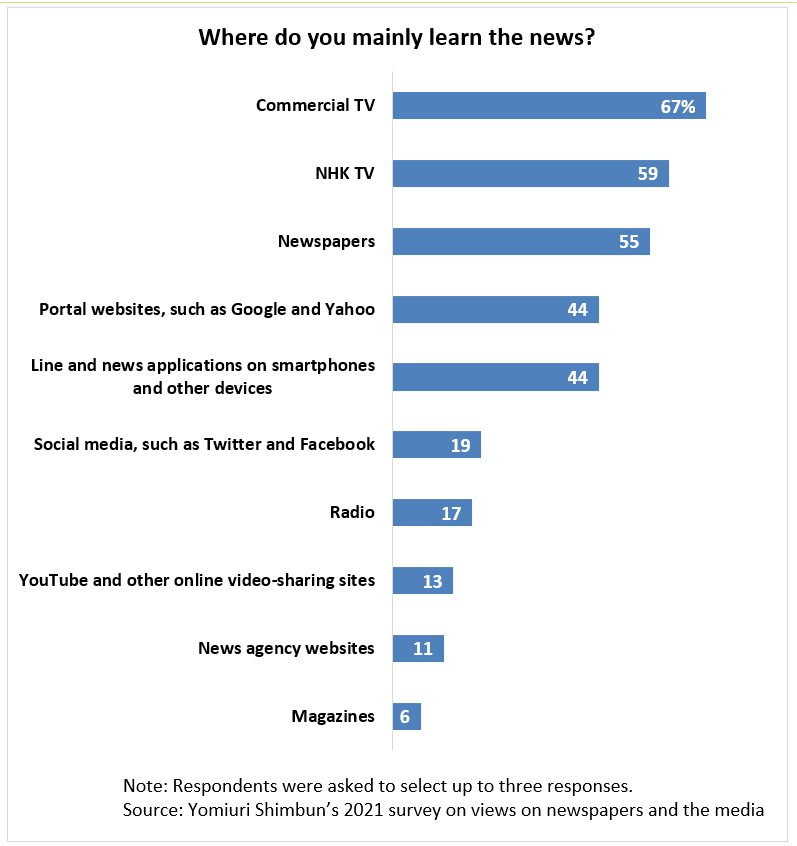 Infographic: Where Japanese learn the news

67% in Japan object to targeted advertising on internet, Yomiuri poll

Approximately two in three people object to targeted advertisements on the internet, according to a recent nationwide survey on the media published Thursday by The Yomiuri Shimbun   The findings come from a Yomiuri Shimbun survey conducted from Aug. 17 to Sept. 22 canvassing 3,000 people across the country. Of them, 2,140, or 71%, responded.   Targeted advertising involves showing END_OF_DOCUMENT_TOKEN_TO_BE_REPLACED

Unreliable information and malicious false rumors have been spreading in society. This is especially intolerable when it comes to the novel coronavirus. We wish to bring to mind again the role media organizations should play in verifying facts and conveying them correctly.   Newspaper Week will start on Oct. 15. Regarding the coronavirus, suspicious information was observed mainly on the END_OF_DOCUMENT_TOKEN_TO_BE_REPLACED

BY TOMOHIRO OSAKI, STAFF WRITER When Kei Komuro, the boyfriend of Princess Mako, was accosted by a Japanese TV crew on the streets of New York last week, a resulting headline made a show of the fact that he was sporting a ponytail.   “Kei Komuro spotted in New York, his long hair tied back,” a Fuji News Network (FNN) END_OF_DOCUMENT_TOKEN_TO_BE_REPLACED

Social networking sites (SNSs) have become a major battleground for drumming up support in the Liberal Democratic Party (LDP) presidential election campaign amid the COVID-19 pandemic. One of the benchmarks used to gauge the popularity of candidates is the number of people who stop to listen to speeches on the street. But LDP leadership contenders have had few opportunities to END_OF_DOCUMENT_TOKEN_TO_BE_REPLACED 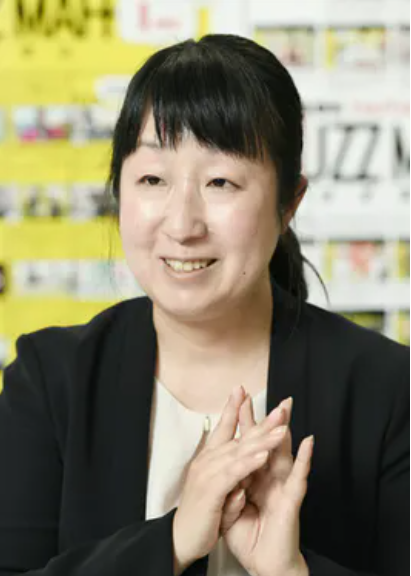 In 2020, Matsumoto Junko, who works at the public relations and policy evaluation division of the minister’s secretariat at the Ministry of Agriculture, Forestry and Fisheries (MAFF), launched BUZZ MAFF, Japan’s first YouTube channel run by bureaucrats.

Cyberbullies may soon face stricter penalties under proposed changes to Japan’s criminal code that aim to crack down on online attacks.   The Justice Ministry plans to submit revisions to the Penal Code in mid-September for review by the Legislative Council, an advisory panel to the justice minister.   The Penal Code applies the term “insult” to a wide range END_OF_DOCUMENT_TOKEN_TO_BE_REPLACED

Hiroshima University Graduate School associate professor Ito Ryuta, who specializes in international politics, posted a discriminatory remark on his Twitter account, saying, “We don’t need to seriously deal with Chinese people, who are morally inferior,” it was learned on Aug. 10. A student group working against discrimination has launched a campaign for collecting signatures to call on the multiple universities END_OF_DOCUMENT_TOKEN_TO_BE_REPLACED

We have seen case after case of Tokyo Olympic athletes suffering defamatory attacks on social media. It is important to respond resolutely to the posting of such malicious messages, including through legal action.   While social media sites, such as Twitter and Instagram, have a role in connecting athletes and their fans, these services can also enable defamation as posters END_OF_DOCUMENT_TOKEN_TO_BE_REPLACED