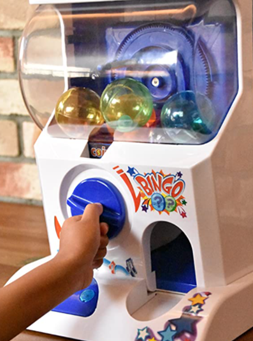 Youths believe the fault lies in the stars, not themselves, for where they are

“You made a choice to join the imperial family by marrying Dad. But Mako and I didn’t have another option. We were born into it. All we want is an ordinary life!” This is what Princess Kako (right) allegedly told her mother during a quarrel over the controversial marriage between her older sister Mako (left) and commoner Komuro Kei, whose END_OF_DOCUMENT_TOKEN_TO_BE_REPLACED

By Ayano Shimizu   TOKYO – Prime Minister Fumio Kishida said the upcoming national election will be held to “select the future” of Japan, but it remains to be seen whether young people will show up at the polls to influence the direction of the nation despite efforts to turn them out.   There has been one general election since END_OF_DOCUMENT_TOKEN_TO_BE_REPLACED

On Oct. 9, students at Hamamatsu Kaiseikan Junior and Senior High School in Shizuoka Prefecture held an online event for the purpose of getting politicians to listen to the voices of young people about the climate crisis.

Online exchange emerges as a new option for studying abroad

By Kamata Yu   Since 2011, the Asahi Shimbun and Kawaijuku have been conducting a joint survey entitled “Opening of Japanese Universities.” In 2021, out of the 775 national, public, and private colleges contacted, 655 responded (85%) to the survey. The survey, which was was taken from June through August, asked the colleges about the COVID-19 pandemic’s impact on their END_OF_DOCUMENT_TOKEN_TO_BE_REPLACED 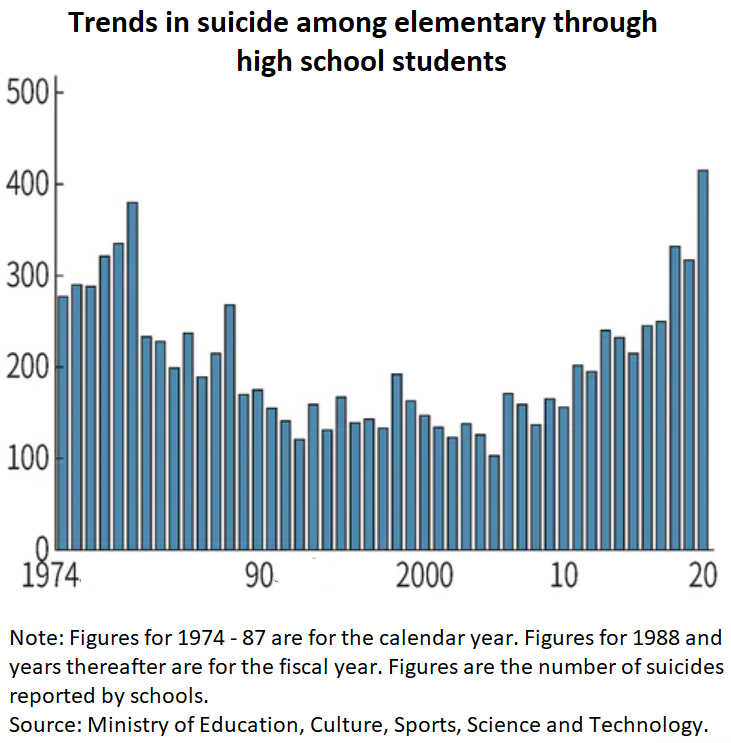 Infographic: Trends in suicide among elementary through high school students, 1974–2020

Editorial: Children without a state in Japan deserve to have hope and support

The Tokyo Olympics and the recent announcements of this year’s Nobel prize winners have drawn our attention to the notion of nationality.   We tend to take it for granted that everyone has a nationality. However, the Office of the United Nations High Commissioner for Refugees estimates the number of stateless people in the several millions.   This year marks END_OF_DOCUMENT_TOKEN_TO_BE_REPLACED

SEOUL – Amid a fraught relationship between South Korea and Japan, seven students from the two countries spent the summer together — cooking, relaxing in front of the TV, and yes, trying to hash out their countries’ political differences while deepening their understanding of each other.   The undertaking, involving four Japanese studying in South Korea and three South Koreans who can speak END_OF_DOCUMENT_TOKEN_TO_BE_REPLACED

Tokyo, Sept. 21 (Jiji Press)–Komeito, a member of Japan’s ruling coalition, Tuesday released its first set of policy pledges for the upcoming general election, including a 100,000-yen cash handout for those under age 19.     Komeito hopes to include the cash benefit in a fresh coalition agreement it plans to conclude with its partner, the Liberal Democratic Party, after the END_OF_DOCUMENT_TOKEN_TO_BE_REPLACED

BY MAGDALENA OSUMI, STAFF WRITER   Will vaccines against COVID-19 cause infertility in women? Or will a dose make someone sick because the live coronavirus is inside the shot? After all, aren’t the vaccines unsafe because they were developed too quickly?   Such rumors and false claims have been spreading online, especially on social media, spurring anti-vaccination attitudes among Japanese END_OF_DOCUMENT_TOKEN_TO_BE_REPLACED

COVID-19 cases among kids rise sharply due to vaccine policy

By Ichino Kai, staff writer   The ratio of children aged 18 or younger with COVID-19 is now close to one-quarter of the nation’s overall caseload total, according to the National Institute of Infectious Diseases (NIID).   Children younger than 12 are not eligible to receive inoculation jabs under current vaccine rollout regulations.   Cases began to spike in August after END_OF_DOCUMENT_TOKEN_TO_BE_REPLACED