On NHK’s “Nichiyo Toron” Sunday debate show, senior Upper House lawmakers from the ruling and opposition parties discussed government assistance to people who were hit hard by Japan’s worst flood disaster in decades. The opposition panelists criticized the Abe administration, saying its support for the victims was insufficient. The opposition lawmakers also insisted that the ruling coalition is giving priority END_OF_DOCUMENT_TOKEN_TO_BE_REPLACED 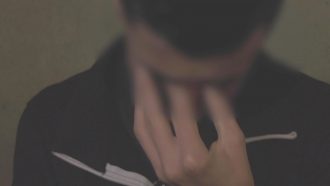 Children who were forced to become IS soldiers

NHK’s “Close-up Gendai+” reported on children who were forced to become IS soldiers, saying that while they are beginning to be released and to return home as the Islamic extremist group is on the verge of collapse, many of them are suffering from the trauma of having been under the control of the terrorist organization and exposed to extreme violence. END_OF_DOCUMENT_TOKEN_TO_BE_REPLACED

NHK’s “Close-up Gendai+” reported on the record rainfall in western Japan, saying that a special torrential rain warning has been issued in 11 prefectures. The program said the torrential rain continued for many hours because the rainy season’s front remained in the same place, and a moist air mass moved over western Japan.

Saturday’s “NHK Special” aired the third part of its series “Blue Planet,” focusing on life along seashores. The program showed such things as how seals elude killer whales and how seabirds living in cliffs raise their young.

Sunday’s “NHK Special” reported on the recent execution of death-row inmate Chizuo Matsumoto, known as Shoko Asahara, the founder of AUM Shinrikyo, and six other senior cult members. The program said while Asahara kept silent about the various crimes the cult committed, it obtained records of Asahara’s remarks to his lawyer. The program showed that Asahara tried to blame everything END_OF_DOCUMENT_TOKEN_TO_BE_REPLACED

Experts discuss “trade war” between U.S., rest of the world

On NHK’s “Nichiyo Toron” Sunday talk show, four local economists and researchers exchanged views on the trade showdown between the United States and China and its impact on the Japanese and global economies. All the participants were alarmed by the Trump administration’s protectionism, dismissing speculation that President Trump is playing up his hard line toward China and other trading partners END_OF_DOCUMENT_TOKEN_TO_BE_REPLACED 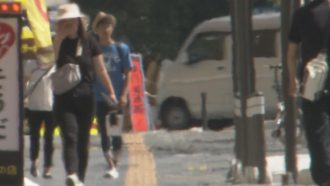 NHK’s “Close-up Gendai+” reported on the record rainfall observed across Japan this week after the Japan Meteorological Agency announced that the rainy season ended in the Kanto-Koshin region on June 29. The program also reported on the extreme heat in the Tokyo region, saying that the abnormal weather is linked to phenomena occurring throughout the world. The program focused on END_OF_DOCUMENT_TOKEN_TO_BE_REPLACED 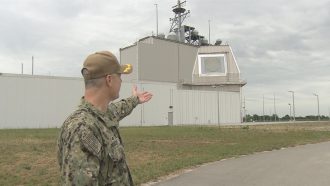 NHK’s “Close-up Gendai+” reported on the GOJ’s plan to install two Aegis Ashore systems in Japan in response to a series of ballistic missile launches by North Korea last year. The GOJ is considering setting up the systems in Akita and Yamaguchi prefectures. The sites will be formally decided in the summer and operation will begin within five years. The END_OF_DOCUMENT_TOKEN_TO_BE_REPLACED

Sunday’s “NHK Special” aired the final part of its series on Edo, the former name of Tokyo, saying the city reportedly suffered a conflagration every three years. According to the program, firefighters called “machihikeshi” made great contributions and made it possible for the city to thrive. 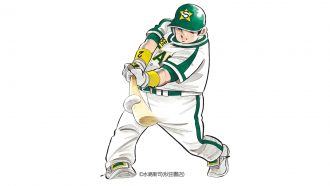 NHK’s “Close-up Gendai+” reported on Shinji Mizushima’s baseball manga “Dokaben,” which ended its 46-year run in the weekly comic magazine “Shonen Jump” on Thursday. The program said the series inspired many young Japanese to play baseball. The program also reported on other sports-related manga, such as “Captain Tsubasa” by Yoichi Takahashi, which depicts a boy who loves soccer, and “Slam END_OF_DOCUMENT_TOKEN_TO_BE_REPLACED